Home » Posts » Publication types » report » The ‘Gifted and Talented’ conundrum. Where do we go from here for highly able pupils? 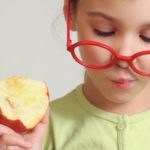 English highly able students are out-performed by their OECD counterparts

International comparisons of school systems have been widely reported. The results of the international PISA test in 2009 highlighted some troubling statistics about the performance of highly able students in England, when compared to pupils from other countries. In maths, only 1.5% of English 15 year olds achieved the highest level of attainment, compared with an OECD average of 3.1%. In Switzerland, 7.8% reached this level, whilst in Singapore 15.6% managed to and a remarkable 26.6% in Shanghai. Furthermore, the highest attaining pupils from England were mainly from independent and grammar schools, with starkly few pupils achieving highest levels from non-selective state schools. In reading, the PISA tests seemed to favour the English-speaking countries, and England was found to be at the OECD average. However, when compared to some other English-speaking countries, such as Australia and New Zealand, England did not fair well.

The recent Sutton Trust publication by Alan Smithers and Pamela Robinson, from the University of Buckingham, looks at current policy and provision for the highest achievers in English primary and secondary schools and makes recommendations for future improvements.

1. Analysis of national and international statistics

Taken from National Pupil Databases, Department for Education ‘Gifted and Talented’ lists, and data collected by The Sutton Trust in connection with a study focusing on pupils entry to university (see Degrees of Success report).

Representatives from 20 schools (12 secondary and 8 primary) were interviewed in-depth about their gifted and talented provision. The interviews focused on:

The authors were scathing of the policy and provision for highly able children in England, especially when compared with a global view. Much of this was blamed on too many ill thought out government initiatives, many of which have been abandoned before having the chance to succeed. The lack of clarity in defining the terms ‘gifted’ and ‘talented’ has led to much disagreement and confused practice. Furthermore, requirements for schools to submit identical percentages (5-10%) of ‘gifted and talented’ pupils has led to confusion and illogical practice, leading to meaningless data gathering. Provision for pupils identified within this group is highly variable from one school to another.

The authors suggested three ways forward to move on from the current state of inadequate provision for the highly able:

Greater precision is required to clarify what constitutes top performance and in which subjects there should be a focus.

The ways in which schools are currently held to account (through test, examination results and inspections) means that targets are focused on lower and average achievers. Highly able children are frequently left as a peripheral issue. Schools’ concentration should be directed towards those pupils who are potentially the highest attainers, through changes to accountability procedures.

Pupils will soon be required to stay in education or training until the age of 18. The authors suggest that the current gap of 5 years between progression measures, from age 11 to 16 is too large. They consider replacing the GCSE with national examinations at 14. This would pave the way for a four-year programme of study in upper secondary education.

The authors also suggest that government must learn from other countries with more successful provision for high attainers, where they are often grouped and taught together. This raises questions about the need for more specialist schools, possibly to start from age 14 with the current proposals. Should national tests and exams include more difficult questions, so that highly able children can demonstrate what they can do?

Finally, the authors make a list of recommendations summarised below:

Policy and provision for the highly able is in a mess. The root of the problem is that “gifted and talented” is too broad a construct to be the basis of sensible policy. The focus should be on those with the potential for excellence in the major school subjects. Secondary schools should be held to account for the progress of the highly able. More fundamentally, England should seek to improve its education system by taking a close look at those jurisdictions, especially those in Europe such as Flemish Belgium, Switzerland and Germany, where many more reach the highest levels of attainment.

Teachers in England have been concerned for many years about the term ‘gifted and talented’. Much consideration has been given in an attempt to define the terms and identifying individuals to label as either ‘gifted’ or ‘talented’.  Adding to the confusion, schools received some illogical guidance from government as to how best identify groups of children deemed to be ‘gifted’ or ‘talented’. The idea that the top 5-10% of children in any class in the country can be considered ‘gifted and talented’ was a ludicrous misjudgment, when different schools have such contrasting cohorts of children. This guidance left many in the teaching profession understandably dismissive of government  ‘gifted and talented’ initiatives.

The current government has recognised the clear downfalls of previous mistakes and has veered away from the Gifted and Talented Programme, leaving it up to ‘schools to decide what, if any, additional or more tailored support was appropriate for their pupils’. However, there is a feeling that government are simply turning their backs on the previous mistakes, without considering adequate provisions for the future of our brightest pupils. Furthermore, removal of specific funding for ‘gifted and talented’ may leave schools with a sense that these pupils are not seen as a priority. The emphasis on Pupil Premium funding implies that schools should focus attentions on low attaining pupils. It will be of utmost importance for government and schools to consider carefully steps to ensure that our highly able children are given every opportunity to demonstrate excellence. Re-Introduction of Level 6 tests at Key Stage 2 is only a small step in the right direction.

In this study, there was a very small sample group of schools (only 20) due to schools being reluctant to take part, particularly those that had identified only a few pupils as ‘gifted and talented’. The authors state that this has probably caused the picture painted to be rosier than the actual reality, due to the fact that those schools who were happy to participated were sufficiently proud of their provision.

Can you, in your school, say that you are sufficiently proud of your provision for highly able pupils? If so, I’d love to hear some of your good-news stories.

Last reply was November 7, 2012
Try out our members features!