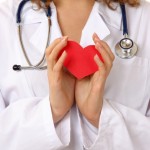 Although there have been huge advances in the treatment of heart disease, it is still the UK’s biggest killer (more information on heart disease can be found at the British Heart Foundation’s website). Depression after a heart attack is common (roughly 20% prevalence) and can worsen heart disease and increase the risk of death.  A number of clinical trials, e.g the MIND-IT and the ENRICHD trial have looked at whether treatment of depression following an MI can improve these outcomes.

Short-term follow-up (18 months) of participants in the the MIND-IT trial showed that intervention had no effect on depression and cardiovascular outcomes. One criticism has been that this timeframe is too short to properly examine this relationship, as many adverse outcomes following an MI occur much later on.

A randomised controlled trial (RCT) called ‘Depression treatment after myocardial infarction and long-term risk of subsequent cardiovascular events and mortality’ tried to address this problem. The authors evaluated whether antidepressant treatment of post-MI depression in the MIND-IT trial reduced morbidity and mortality rates till 8 years after treatment started.

The MIND-IT trial was an RCT based in the Netherlands. Patients who were diagnosed as having post MI-depression (n=331) were randomised to two arms.

An intervention arm, which involved;

Alternatively, patients were randomised to a care as usual arm. They were not told they had a diagnosis of depression, but were free to seek treatment outside of the trial protocol as they wished.

The main outcomes measured were: Longer-term follow-up of patients has not offered us any more hope that treating depression can improve cardiovascular outcomes after an MI.

Treatment status was known for 311 patients. 147 of these received treatment (antidepressant or psychological treatment) 143 did not, and 21 received placebo.

Cardiovascular related hospital re-admission and cardiac related death occurred in 36.7% of all patients during a mean follow-up of 4 years. This occurred in;

All cause mortality occurred in 13.95% with a mean follow-up of 5.2 years. This occurred in;

The authors examined survival rates using hazard ratios (the risk of dying over the whole study).

For all cause mortality;

Intervention did not affect the risk of long-term adverse cardiovascular outcomes.

Longer-term follow-up of patients has not offered us any more hope that treating depression can improve cardiovascular outcomes after an MI. However, better survival was found for patients who received depression treatment than those who did not. Depression could be associated with more severe cardiac disease, and the severity of cardiac disease predicts new cardiac events and not depression. Fewer people responded to treatment than expected. This meant that the study was under powered and may not have been able to detect a statistically significant change in cardiovascular outcome. This trial cannot conclusively say that the antidepressant therapies would have an effect on survival rates.

Other important outcome measures not included in this MIND-IT study (such as quality of life and A&E use) can provide a useful evaluation of treatment in those who suffer from co-morbid physical and mental illness.  This Elf is interested to see how the puzzle of treating chronic physical and mental health co-morbidity comes together. Barely a day goes by without hearing in the media how complex long-term illnesses pose an enormous challenge for the NHS (e.g. Guardian article ‘A&E visits hit record high‘).