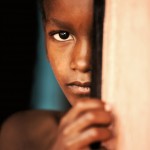 Recent studies have shown that pre-school children can be affected by post traumatic stress disorder (PTSD) and that the condition can last for years even after treatment.

Good quality randomised trials have shown that trauma-focused cognitive behavioural therapy can be a very effective treatment for older children and adolescents with PTSD, but there have been no well conducted randomised controlled trials with children aged 3-6 years old.

This small randomised controlled trial was conducted by researchers from Tulane University in New Orleans. They wanted to find out if trauma-focused cognitive behavioural therapy could be used to treat a range of traumas in very young children. The traumas included single events, repeated trauma (violence) and disaster (Hurricane Katrina).

The children were assigned to one of two treatment groups:

The study reported that not all participants were randomly allocated, which makes the findings far less reliable. Hurricane Katrina interrupted the study and all patients included after the Hurricane were allocated to the trauma-focused cognitive behavioural therapy group until it was full.

However, despite this shortcoming the results are very promising:

The methodological weaknesses of the study mean that the results should be interpreted with caution, but nonetheless this research does show that cognitive behavioural therapies may be useful in the treatment of young children with PTSD.