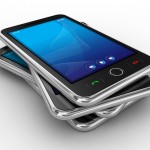 The aim of this study was to compare the effectiveness of delivery oral health messages by text messages and pamphlets to mothers of pre-school children. The study was conducted in India and restricted to mothers with mobile phones who could speak English.

Mothers were randomised to received 3 text messages per day ( text message group)  or a daily pamphlet ( pamphlet group ). Clinical examination of the children was undertaken before and after the intervention.  Mothers completed a pre- and post intervention, knowledge, attitude and practices (KAP) questionnaire.  The intervention lasted 4 weeks.

143 mother and children completed the study. Seven participants dropped out of the study (3 in the  pamphlet group 4 in the text message group)

Text messaging was more effective than pamphlets in improving knowledge, attitude and practices of mothers, but the comparative reduction in plaque score between groups was not significant. Text messaging appears to be an effective means of imparting oral health education.

This is an interesting study which shows some modest short terms gains in oral health knowledge, attitudes and practices.  However, it should be noted that this is only short -term study.  The text messaging regimen of 3 per day may seem a little intrusive, interestingly only two mothers were irritated enough to drop out.   A longer intervention of this intensity may result in further drop-outs,  so it may be interesting to see the results from different texting regimes.   It is also worth noting that the KAP scores are self-reported with the main objective outcome of the child’s visible plaque score showing no significant difference.