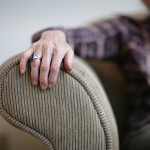 It’s a sad fact of life that as people get older they sometimes find themselves living a lonely lifestyle; cut off from stimulating social networks and all of the activities and benefits that friendships entail. Social exclusion and a lack of frequent interaction may predict impaired cognition in the older members of the population.

Researchers from Finland have conducted a randomised controlled trial to determine the effects of socially stimulating group intervention on cognition among older individuals suffering from loneliness. They recruited 235 people aged ≥75 years from 7 day care centres in Finland and randomised them to either:

The control and intervention groups were similar at baseline with respect to their demographics, disease burden, depression, and cognition.

Cognition outcomes were measured using the Alzheimer’s Disease Assessment Scale (ADAS-Cog), and mental function was measured by the 15D measure.

Last reply was October 21, 2011
Try out our members features!