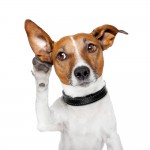 The CoBalT trial was published last week in the Lancet. This important randomised controlled trial (RCT) examined the effectiveness of cognitive behavioural therapy (CBT) as an add-on treatment to usual care for people with treatment resistant depression.

Previous studies have shown that only around one third of people with depression respond well to treatment with antidepressant drugs.

This new RCT provides the most reliable evidence yet that it’s worth adding CBT to antidepressant treatment in order to reduce symptoms of depression.

The researchers recruited 469 participants from 73 general practices in Bristol, Exeter and Glasgow. Patients had been taking antidepressants for 6 weeks and continued to show symptoms of depression (measured by the Beck Depression Inventory).

The researchers excluded people with bipolar disorder, psychosis or substance misuse, as well as those who had received CBT within the last 3 years.

The patients in the trial were:

Patients were randomised to one of two treatments:

Patients were followed up at 3 monthly intervals for one year. Outcomes included:

Before this study, no evidence from large-scale randomised controlled trials was available for the effectiveness of augmentation of antidepressant medication with CBT as a next-step for patients whose depression has not responded to pharmacotherapy. Our study has provided robust evidence that CBT as an adjunct to usual care that includes antidepressants is an effective treatment, reducing depressive symptoms in this population.

This is a well-conducted and reliable piece of evidence that adds considerably to what we already know about using CBT to help people with treatment resistant depression. It’s encouraging to see how well CBT performs given that such a significant investment has been made in the treatment through the Improving Access to Psychological Therapies programme.

The trial is not perfect, but it has a large sample size, reliable outcome assessment measures, relatively long follow-up and low drop out rate.

Overall though, this is a useful addition to the evidence base, showing that people with depression who have not responded to drug treatment may well respond if CBT is added to their treatment plan.