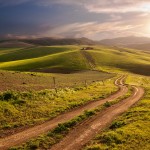 The support of individuals with experience of psychosis is complex and relies on a combination of psychopharmacology (antipsychotic drugs), psychological therapies and social interventions. Antipsychotics will often be the first line treatment offered, with the intention of reducing psychotic symptom burden.

Following the resolution of immediate symptoms the role of antipsychotics becomes less clear; should they be discontinued, or maintained in order to reduce the risk of future relapse? Influential clinical guidelines recommend that antipsychotic treatment be continued for at least one year following initiation before consideration is given to their discontinuation (NICE, 2009 and Lehman, 2004). Experience shows however that concordance with antipsychotic treatment is not always maintained (Perkins et al, 2008), even within the initial year’s recommended treatment period.

The highest level evidence relating to long term maintenance treatment is provided by a recent meta-analysis comparing antipsychotic with placebo for relapse prevention (Leucht et al 2012). The study demonstrated lower rates of relapse with antipsychotic treatment and lower rates of hospital admission. No conclusions could be drawn in relation to factors such as social involvement, for example through employment, or overall death rates, owing to the rarity of events. The included studies were also limited in the length of follow up; with only three continuing to two years and one reaching three years of follow up. The authors recommended that future studies adopt measures relating to social involvement, or quality of life, as outcome measures for assessment.

A recent study published in JAMA Psychiatry seeks to address these concerns through comparing initial long term antipsychotic treatment with a targeted discontinuation strategy after a period of 7 years (Wunderink et al 2013). Some patients are prescribed antipsychotics as a long-term treatment, but we don’t have reliable evidence to support this

Discontinuation strategy involved dose reduction in negotiation with the patient until either the antipsychotic was discontinued or a balance between symptoms and antipsychotic side-effects were achieved.

Seven year follow up involved an interview with participants during which symptom severity and social functioning in the past 6 months were assessed. Data was also gathered relating to relapses during the follow up period, antipsychotic use during the past two years (interview and clinical record review).

The original trial at 2 year follow up showed increased rates of relapse in the discontinuation strategy group compared to maintenance treatment, but no difference in functional assessment.

128 participants completed the original study and 103 were located and consented to participate at follow up (1 suicide death, 18 refused consent, 6 lost to follow up).

Symptomatic remission was predicted by baseline:

Functional remission was predicted by: Rates of recovery were greater in the discontinuation group (40.4%) than in the maintenance group (9%)

Dose reduction/discontinuation of antipsychotics during the early stages of remitted FEP (first episode psychosis) shows superior long-term recovery rates compared with the rates achieved with MT. To our knowledge, this is the first study showing long-term gains of an early-course DR strategy in patients with remitted FEP. Additional studies are necessary before these results are incorporated into general practice. 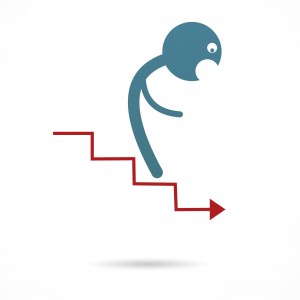 The initial relapse rates in the discontinuation group were twice those in the maintenance group, but after 3 years there was no difference

This study presents us with an initial exploration of an under-researched area. It has rightly attracted a  great deal of critical interest in relation to its findings and their implications for clinical practice.

The methodology of the study prevent causal inferences being drawn in relation to treatment strategies; although assessment of antipsychotic doses suggests that treatment differences persisted between trial arms. It could also be commented that the nature of the original recruitment strategy (where only half of those approached consented to participate) may have selected a group with less severe psychotic experiences. Setting aside these limitations, and accepting this trial as an initial exploration, it is difficult not to find the differences between the maintenance and directed reduction strategies compelling.

This is an important area of research and the incorporation of social function outcomes as a key methodology in this research is to be praised as this allows a more detailed discussion to be held around the role of antipsychotics. The authors are right to call for further research and while this study alone is likely insufficient to precipitate immediate change in clinical practice, it should at the least, promote a serious debate among professionals and a detailed look at the use of antipsychotics. This study suggests that reducing people’s antipsychotics in a gradual and supported manner, means that they are better off in the long-term

Schizophrenia: core interventions in the treatment and management of schizophrenia in adults in primary and secondary care (PDF). National Institute for Clinical Excellence, Clinical Guideline 82, Mar 2009.