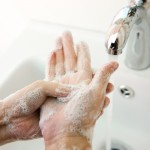 Obsessive compulsive disorder (OCD) is a condition that has recently been given a significant amount of TV airplay and media coverage, perhaps most notably in the Channel 4 documentary Jon Richardson: A little bit OCD, which received mostly good reviews from mental health groups.

Despite this reasonable public profile, our knowledge about the best way to care for people with OCD remains relatively poor. There isn’t much high quality research being published in the field and, as a result, guidance for professionals is thin on the ground.  NICE have published a guideline on OCD and BDD (body dysmorphic disorder), but this came out in 2005 and has not been updated since. It’s time for an update and that’s what we have this week with a new 24 page publication from NICE, which brings together the best available evidence that’s been published in the last decade. The ‘evidence update’ has been carried out by a group of topic experts including psychiatrists, psychotherapists, GPs, researchers and information scientists.

They searched a wide range of databases looking for systematic reviews and RCTs on OCD and BDD and limited their results to publications from 30 Oct 2003 (the end of the search period of NICE clinical guideline 31) to 2 April 2013.

They found 1,247 unique references from this literature search and whittled that long-list down to 16 papers to include in their final report (4 reviews and 12 trials), all of which are included in the links section at the end of this blog.

Choice of drug treatment in adults

Poor response to initial treatment in children and young people

None of the new research found changes the core recommendations from the 2005 NICE guidance.

The update has identified one treatment uncertainty that has been captured in the DUETs database:

Lovell K, Bee P (2011) Optimising treatment resources for OCD: a review of the evidence base for technology-enhanced delivery. Journal of Mental Health 20: 525–42

Slotema CW, Blom JD, Hoek HW et al. (2010) Should we expand the toolbox of psychiatric treatment methods to include repetitive transcranial magnetic stimulation (rTMS): a meta-analysis of the efficacy of rTMS in psychiatric disorders. Journal of Clinical Psychiatry 71: 873–84