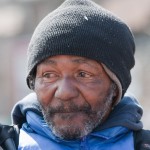 This paper reports the findings of a study exploring a new approach to treating the symptoms of depression in older African Americans. This a group of the population with very high levels of general health care needs – the result of a combination of factors including the USA’s political and social history but also modern urban poverty.

The fact that the healthcare system – until the introduction of Obamacare – is based on workplace insurance also services to further marginalise poor and minority communities. This is a classic example of Tudor Hart’s 1971 proposition of the inverse care law:

the availability of good medical care tends to vary inversely with the need for it in the population served.

Statistics produced by the CDC show the overall impact on the health of African Americans (CDC, 2013). The average life expectancy for African Americans in 2009 was 74.5 compared to 78.8 for their fellow White citizens. There are increased rates of obesity, diabetes, hypertension and HIV infection in this group. Any health care programme has to be viewed in this wider context.

As the authors note, depression is a common mental health problem that can have a very severe impact on the lives of those who develop it. The symptoms of depression such as low mood and social withdrawal or isolation are often undetected. This is particularly difficult in older or more difficult to reach populations.

The failure to recognise and subsequently treat the symptoms of depression can have a significant impact on other health outcomes but also the general quality of life of the individuals involved.

Early intervention helps to ensure more positive outcomes and (as is obligatory to mention in the modern environment) reduces overall health costs.

Beating the Blues (BTB) – as the name suggests – was specifically targeted at older African- Americans using a “senior center”.  The paper reports the findings of a randomised control trial of BTB.

In the RCT, one group of patients were randomly allocated to the treatment group and the other group to a waiting list.  Those patients allocated the BTB intervention received ten 1-hour weekly sessions. Following this period, they then received biweekly visits. The intervention itself is a combination of assessment of clinical need, linking to appropriate health and social services, stress reduction techniques and support to identify and achieve wider goals. BTB aims to address both the social causes of depression and to ensure that individuals’ other health needs are addressed. The link between physical and mental health is a complicated area but it is clear that untreated physical symptoms have a negative impact on mental well-being.

The patients in the treatment groups had a mean age of 69.6, over 70% were women and the majority were living alone. Over a third of the group were taking prescribed antidepressants or medication for anxiety.

I think that there are a number of very important messages that can be taken away from this relatively small scale research project. It highlights that the wider mental health needs of older people need to be taken into much greater consideration by all services. At the core of the BTB intervention is a recognition that depression is a very serious condition amongst older people. It is simply not acceptable that older peoples’ mental health needs continue to be marginalised.

In addition, interventions need to be informed by a wider consideration of the social perspective. This study (for the reasons outlined above) concentrated on the African-American community. There were cultural areas to be considered but I see no reason why a more general version of BTB could not be developed.  The need certainly exists. Such a model would follow the general principles of BTB but would be adapted to take account of the cultural needs of local communities.

One area that needs to be explored is more effective ways to engage socially isolated older men with such services. Unfortunately, services in this area, like many others, have become bogged down in managerialism and bureaucracy at the expense of care and core values.  It is this climate, along with austerity which produces such scandals as the current provision of home care (Homecare.co.uk, 2013) and shows that the introduction of such a model as BTB may be more difficult to achieve.