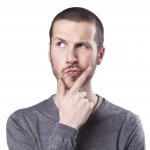 For some time now, UK policy has been to offer support to people with learning disabilities with additional mental health issues through mainstream mental health services. There has continued to be a debate about the effectiveness of this policy. The most recent guidance from the joint commissioning panel for mental health in fact stated that ‘there is no universally agreed commissioning model for mental health services supporting people with learning disabilities’ and the review of literature that supported that guidance found a distinct lack of robust research evidence to support the view that any particular model of service provision was more effective than any other.

The researchers in this study were interested in one particular aspect of the debate, which was to investigate the views of mainstream acute inpatient psychiatric staff in relation to their role in supporting people with learning disabilities.

They wanted to look at whether the attitudes of staff working in acute inpatient psychiatric wards were different towards people with learning disabilities than to those in the general mental health population.

They were also keen to explore self-efficacy in this group. Self-efficacy is a concept in social cognitive theory which suggests that a person’s attitudes, abilities, and cognitive skills make up a ‘self-system’ which plays a major role in how people perceive situations and consequently behave in response to those situations. Self efficacy therefore is a way of thinking about the beliefs that people hold in their ability to succeed in a particular situation.

The sample the researchers used was all qualified staff from the acute inpatient psychiatric provision of an inner London borough. They developed a questionnaire which was sent by post to the participants.

They then looked at the responses from the two groups to draw comparisons.

What was interesting about the findings from the group looking at learning disability is that the majority of respondents were unaware of the current policy in relation to supporting people in mainstream services. However, when asked about their views on this as a policy direction, they were mainly in agreement.

When considering self efficacy, the staff responding to the learning disability questionnaire were significantly less confident about their training and experience and their perceived ability to communicate with, assess and treat adults with mild learning disability when compared to those with mental illness.

This is an interesting if small study which has attempted to get an insight not just into the attitudes of staff in mainstream mental health services, but also into their perceived self efficacy in responding to people with learning disabilities in acute psychiatric settings.

The authors point out that the sample size was small and the response rate was not as great as they would have wished. Both are limitations to the generalisation of the findings. However, even given these limitations, it is concerning that staff were unaware of the policy direction. This is not something new, indeed, guidance on this issue goes back to the early 2000’s.

This lack of awareness may be as a result of staff being new, young and inexperienced. It may also be the case that few of the staff had been in a situation where they had supported people with learning disabilities and so this may have affected their view.

The findings of this survey of attitudes and self efficacy may add some weight to that view, but also to the notion that there is a need for more integration of expertise from specialist services into mainstream services to provide guidance, modeling, training and support to improve self efficacy and outcomes

Attitudes and self-efficacy towards adults with mild intellectual disability among staff in acute psychiatric wards: an empirical investigation, Mesa S & Tsakanikos E, in Advances in Mental Health and Intellectual Disabilities, 8, 2, 79 – 90