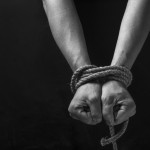 The impact of austerity and Coalition policies such as the ‘bedroom tax’ has led to an increased focus amongst academic, journalists and campaigners on issues related to poverty. Far too often in mental health research, there is a lack of a real engagement with the viewers of those who use services. This is not an accusation that can be laid at the door of this Canadian study as it is clearly focused on obtained the viewers of mental health service users on a key question – what is social justice?

The links between poverty and mental health play out several ways. The stress of living in poverty and all that brings can have a negative impact on an individual’s mental health. A colleague and I have discussed the way that these pressures are increased in a period of austerity (Milner & Cummins 2013).

In addition, severe mental illness is likely to have a disruptive effect on education and employment prospects. On top of this as the ODPM (2004) clearly demonstrated, despite legal protections, people with mental health problems face stigma and barriers to accessing employment.

As this paper notes, social justice theoreticians such as Rawls (2001) and Sen (2009) see social justice as being concerned with the reduction of social inequalities. In the introduction to this paper, the writers point out that despite the fact that ‘voice and choice’ are usually held up as key values in this area, primary stakeholders are rarely properly consulted in this area. One UK exception to this approach took place over twenty years ago. At the time, the media was dominated by a moral panic about violent crimes committed by people who were in contact with mental health services (Cummins, 2010). This led to a series of inquiries, which focused on the failings of agencies.

The 1994 Audit Commission ‘Finding a place’ report into the wider failings of community care approached the issues from a values rather than an organisational perspective. It took a citizenship module perspective arguing that the values that underpin a service have to be addressed if it is to be configured properly. In this case, the key themes were

This Canadian study aimed to capture The paper is based on five focus groups that took place – a total of 34 participants (17 men and 17 women). The participants were recruited with help from health and mental health services but also wider community groups such as food banks, shelters and drop-in centres.

The analysis of the focus groups provides an insight into the barriers that individuals face in managing in impoverished and marginalized circumstances. The study highlights the ways in which individuals become consumed by day to day struggles often feeling very isolated or that every day was the same. One participant is quoted as saying

Poverty more than anything influenced my relationship with myself.

As noted here, the service response is often to recast these issues in terms of illness which leads to a medical response of more medication. However, despite their economic difficulties there was a recognition of the importance of accepting responsibility for their own life.

The other themes that are identified in the focus groups are related to the ways in which poverty can be physically, socially and psychologically isolating. There are particular implications for individual’s mental health. It was often difficult for individuals to eat appropriate food to minimize medication side effects. One participant highlights that it is difficult for her to buy fresh fruit and other staples.

The focus groups also emphasized the insecurity in wide range of areas including housing, that was an ongoing feature of their lives. Housing was often very poor with few, if any, rights as a tenants. An unexpected expense, major bill or the fear of receiving one all added to the strain of daily living. These are issues that many face. The important point here is that social isolation and lack of access to resources make it much more difficult to overcome them.

The focus groups were very critical of the bureaucratic approach of services – a criticism that many of those working in services would share. For people with mental health problems, poverty can be physically, socially and psychologically isolating.

Conclusions and summing up

The questions of justice in the mental health are usually cast in terms of compulsory treatment. These are clearly very important issues and I am in no way seeking to downplay them here. However, this paper plays a vital role in constructing social justice in a much broader perspective. It is one that the original proponents of community care would share. I would thoroughly recommend this paper. People with mental health problems who live in poverty have multiple needs and require support from multiple sources.

Cummins, I.D (2010) ‘Distant Voices Still Lives: reflections on the impact of media reporting of the cases of Christopher Clunis and Ben Silcock’ , Ethnicity and Inequalities in Health and Social Care, 3 (4) , pp. 18-29. [Abstract]