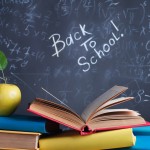 Inclusive education is presumed to be beneficial, but this ideal may not reflect reality. The authors here briefly review evidence for the benefits of inclusion. They acknowledge that the quality of evidence in this area is poor, with, for example, studies relying on small sample sizes, but argue still that there is little evidence that inclusive education is actually effective. Lindsay (2007) conducted a systematic review examining the effectiveness of inclusive education, concluding that the results ‘did not show clear endorsement’. Further, Hornby (1992) examined a number of major reviews of inclusion outcomes to conclude that key objectives were not being met.

The reasons behind these failures are multiple, and the authors indicate that obstacles to achieving positive inclusion outcomes may exist at both the national and school level. Despite inclusive ideologies, Irish guidelines and legislation may fall short of achieving their aims as they are not able to control implementation of inclusion.

The authors argue bureaucratic difficulties, for example in needs assessments, contribute to this issue, and further, that a cultural and attitudinal adjustment among school personnel lags behind inclusive policies. Thus, a full paradigm shift from segregation to inclusion has not yet been achieved.

Within mainstream schools, there are many challenges to successfully including students with special education needs. Crucially, teachers are often not appropriately trained to work with these students, and can struggle to provide them with a practical and accessible curriculum. This can result in students falling behind their peers academically. Social factors may also play a key role, with students with special education needs feeling marginalised and lonely. Indeed, Curtin and Clarke (2005) observe that placing students with and without disabilities in the same schools does not necessarily mean that they will mingle. 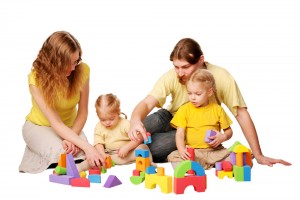 Questionnaires were sent to 54 special school principals, seeking information on the number of students aged 12+ who were enrolled in the schools; demographic profiles of students who had transferred, and the principals’ level of agreement on items relating to social, emotional, behavioural, physical, and health difficulties experienced by students with special education needs in mainstream schools. Principals were also asked to comment on the reasons why students had recently transferred to them from mainstream schools, and on adjustment behaviours exhibited during the transition.

75% of new students at the schools investigated had transferred from mainstream schools. An increased trend (40% over 5 years) in students making this transition was uncovered.

Academic problems experienced in 12+ mainstream education were highlighted as contributing to students’ decisions to transition: the mainstream curriculum was often inaccessible to students with special education needs and did not meet their individual requirements, for example through failing to provide a life skills program and focussing too much on academic performance.

Limited access to health-related supports was highlighted, and a lack of options for further training or employment on graduation from mainstream education was a key issue.

On transferring from mainstream to special education environments, difficulties often did not end, and this placed considerable stress on special education schools. A lack of transition planning, coupled with adjustment and integration problems, resulted in difficult moves.

Transition from mainstream education was disorganised, with students often arriving part way through a term. Students exhibited challenging behaviours, such as temper tantrums or noncompliance, in response to their stressful experiences, and this further inhibited a smooth transition. Socio-emotional difficulties; for example low self -esteem, emerged as a result of prior negative experiences in mainstream schools. This often resulted in failure to engage in learning, which meant that students had difficulties catching up with their peers. 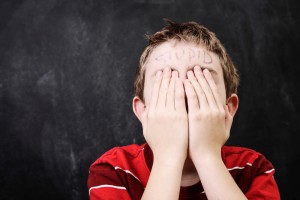 A lack of awareness of student needs in mainstream classrooms, with the full spectrum of ability -both in terms of academic and social and emotional needs – not being catered for, is described here. These deficits indicate that the criteria necessary for implementing educational change were not sufficiently considered prior to implementing inclusionary policies, and these shortcomings have aversively impacted student experiences.

The evidence here came from principals of special education schools, who are perhaps more likely to be ideologically biased towards special education than more neutral informants might be. Further, this perspective is limited to those in an Irish context. Perspectives from all key parties involved in this issue, including parents, students and teachers from both mainstream and special education, are required in order to compose a balanced picture of the issues raised.

This study used questionnaires to assess principals’ views; this is perhaps too narrow a method to fully explore the issues in question, and in-depth interviews would almost certainly have been better. Future work should utilise such qualitative methods in order to gain a rich insight into key stakeholder’s perspectives on inclusion.

Despite these limitations, this paper provides a good starting point towards uncovering the reasons why students with special education needs may be turning away from inclusive settings

Mainstream schools seemingly do not accommodate all students’ academic, social, health and emotional needs, and this deficit must be addressed or policies may need to be re-considered. Inclusion is widely accepted as an ideal to be aspired to, yet, as the authors here highlight, empirical evidence supporting this notion is lacking.

However, their parents worried that these spaces constituted a backwards step in terms of social inclusion, reflecting perhaps the wider ideals of society. Hall (2004) provides an interesting discussion of inclusion, arguing that it is seen as necessarily desirable for individuals in order to provide them with more opportunities.

However, there is little recognition of structural constraints, such as discrimination and avoidance that persist for individuals with disabilities in mainstream spaces. In this way, segregated spaces, such as special education schools, may serve as a refuge where individuals can safely re-affirm and value their identity as a disabled person.

Future research must address this important question in order to determine whether policies are accurately informed by research. Inclusion is a highly charged issue, and we must ensure that all policies are introduced with the intention of protecting the wellbeing of students with special education needs, rather than furthering ideologies or agendas. 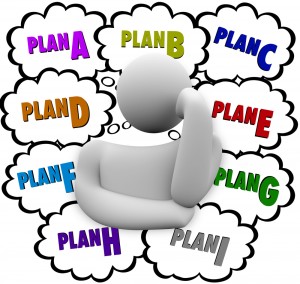 Hornby, G. (1992). Integration of children with special educational needs: Is it time for a policy review? Support for learning: 7 130-134

Lindsay, G. (2007). Educational psychology and the effectiveness of inclusive education/mainstreaming. The British Journal of Educational Psychology: 77 1-24