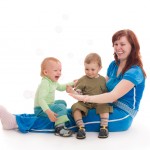 Setting clear goals that stretch but are achievable and measurable is a key skill in bringing about change. The researchers in this Australian study were interested in how parents and people with learning disabilities experienced using the Family Goal Setting Tool, which aims to support people and their families to identify targets for change. The researchers were specifically interested in the tool’s perceived clinical utility during annual, collaborative goal setting.

They worked with eight parents and ten service providers working in a family and early childhood service in Queensland, Australia. Each of the participants, either a parent or a service provider, was interviewed individually.

They also ran a series of focus groups for service providers and analysed the transcripts to identify the main themes.

They found four main themes from the transcripts, which were: