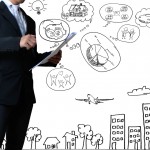 The process of preparing for adulthood, whilst opening up a range of opportunities, can also be a worrying and difficult time. In the case of young people with learning disabilities who have been supported by children’s services, there is the additional issue of dealing with the transition of support from those services to services for adults.

There has been a significant body of literature and demonstration projects looking at this process of transition and following a Government Green Paper, there is now ‘Preparing for Adulthood’ which aims to provide knowledge and support to local authorities,  other agencies and families and young people to help with finding paid work supporting  independent living, supporting good health and community inclusion.

The authors of this current paper suggest that despite the focus on person centred planning as an approach to planning transition, this has not had the effect of significantly shaping service provision. They suggest that alternative approach based on an ecological understanding of human development which, linked to public health approaches can prioritise whole system planning.

The ecological framework for human development, based on ecological systems theory was developed by Urie Bronfenbrenner and suggests an interlatedness between the individual and the five systems in which they operate –

The researchers worked with forty-three young people with learning disabilities in Bradford who were all approaching a transition from school or college.
The ethnic breakdown was:

Using a semi structured interview schedule and talking mats when required, the young people were interviewed individually at two points in time. Firstly, when they were recruited to the study and then one year on. The researchers hoped to observe and note any changes that had taken place in their social networks during the transition period.

What they found was a good fit between the networks of the young people and lived within and Bronfenbrenner’s ecological model of human development.

This also applied to their sense of what the future might hold for them and the opportunities and barriers they might face.

The researchers found clear expositions of the importance of the family and school, but also a significant lack of engagement in leisure activities and work.

This is a very small scale qualitative study that was only able to follow the process of transition over one year for the participants, but having said this, there is good insight into the experience and also of the importance of the systems and networks within which the young people were living and interacting.

There is good evidence that young people with learning disabilities are not involved in rich social networks and of the lack of opportunities for work and leisure activities.

The authors of this paper argue that their findings suggest a need to consider a different approach to transition planning, and that this needs to start with mapping the systems in which individuals live and interact. This, they argue would offer the opportunity to look at areas of strength and areas where there are gaps of potential conflicts. As an approach to planning service and system responses, this would enable action to be taken to support and develop parts of the systems which are not fit for purpose.

Whilst this paper does not provide an argument against a person centred approach to planning for young people, it does suggest that in addition to this, there needs to be a focus on ecological change as well if opportunities for young people are to be realised. Despite its small scale, it does provide food for thought.

An ecological approach to seeking and utilising the views of young people with intellectual disabilities in transition planning, Small, N et al., in Journal of Intellectual Disabilities, 17 , 4,  283-300