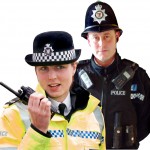 Last week we posted about the recent multi agency inspection of responses to people with learning disabilities in the criminal justice system which suggested that information was poorly shared and that significant improvements were possible.

The researchers in this study worked in a large London metropolitan police station and were interested in looking at issues relating to people with learning disabilities and those with Attention Deficit Hyperactivity Disorder (ADHD).

They wanted to add to the literature on prevalence of learning disabilities and/or ADHD amongst people detained at the station and to look at any relationship with conduct disorder, defined as a group of behavioural problems including behaviour, antisocial and defiant behaviour to a much greater degree than expected.

They were also interested in exploring what impact having a learning disability, ADHD or conduct disorder might have on the use of police staff resources.

What they did was carry out interviews and screening tests with 200 individuals in the police custody suite. Each of these were interviewed and screened for learning disabilities, any current symptoms of ADHD and conduct disorder.

What they found was screening rates as follows

When looking at the impact on staff resources they found that ADHD contributed significantly to increased requests being made of staff.

The custody risk assessment tools were often effective at identifying reading and writing difficulties and mental health problems but as found in the joint inspection process, they were not used effectively to trigger the use of an Appropriate Adult.

They found that the frequency with which Appropriate Adults were provided to support detainees in police interviews at 4.2% was almost identical to the frequency found in a similar study from 20 years ago.

The authors conclude from their findings that procedures put in place to protect vulnerable adults detained in police custody have not improved safeguards for vulnerable suspects. The low rate of use of appropriate adults for detainees with learning disabilities and ADHD continue to be a cause for concern. The authors suggest their findings suggest that this is due to

ineffective use of risk-assessment tools and healthcare professionals, which represent missed opportunities to identify such vulnerabilities.”

Last reply was August 22, 2018
Try out our members features!