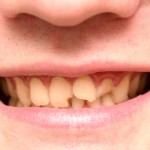 Searches were conducted in the PubMed, ISI Web of Science, Cochrane Library, Scopus and Google scholar databases. Cohort, cross-sectional, or case–control studies with clear diagnostic criteria for TDI and nutritional status assessment were considered. Where possible, odds ratio (OR) adjusted for covariates was extracted. Study quality was assessed through Newcastle-Ottawa Scale (NOS). Only fair-to-good quality studies with NOS scores ≥4 were selected.

The risk of TDI among overweight/obese children is approximately 22% higher than among lean children and the causal association between these two conditions is plausible. The evidence that effective weight reduction programs in obese children increase their postural stability suggests that such programs could also be effective in reducing the risk for falling and consequent TDI development in overweight/obese subjects.

The possibility that childhood obesity is a risk factor for TDI was first highlighted by one of the authors in 1997 (Petti et al). This well conducted systematic review of observational studies finds that risk of TDI is higher in overweight/obese children. The authors highlight that there is also an association between bone fractures and obesity as they are more prone to falling. This year we have highlighted two other reviews of TDIs (see links),  one shows that the link between increase overjet and TDI is a higher risk than overweight/obesity. The other did not demonstrate a links with socio-economic status.