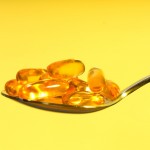 Previous research has highlighted that people with autism spectrum disorders may be deficit in omega-3 fatty acids and that taking supplements may help to improve the symptoms of the condition.

The reviewers carried out a reliable Cochrane literature search, but only found two randomised controlled trials of omega-3 fatty acids supplementation compared to placebo in individuals with autism spectrum disorders. The trials were both small pilot studies, with a total of 40 children (37 male). Patients were given the supplementation over 6 to 12 weeks.

These small pilot studies do not provide a definitive answer about the effectiveness of omega-3 fatty acids supplementation, but they do prepare the way for larger rigorous studies (some of which are already complete).

Around 30% of children with autism spectrum disorders take omega-3 fatty acids, so the safety and efficacy of these supplements needs to be determined.