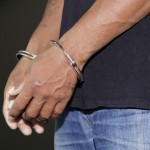 It is well documented that there are differences in how patients are treated, depending on their ethnicity. Previous inquiries in the UK have suggested that the NHS is institutionally racist (Blofeld et al, 2003). Some groups, for example those from African Caribbean or Aboriginal descent, experience more coercive care and poor outcomes, including higher doses of psychotropic medication, more detentions under the Mental Health Act, increased length of stay, and more secure placements (NHS Confederation, 2012).

Therefore, first contact with mental health services is incredibly important in retaining trust and preventing coercion, but also in enabling timely and effective support towards recovery. It is known that more coercive routes to care increase the likelihood of people disengaging from services, and prevent opportunities for recovery in those with a history of contact with mental health services.

A new review by Anderson and colleagues aims to examine ethnic differences in pathways to care for first episode psychosis in developed countries.

The authors conducted a systematic literature review of Medline, HealthStar, Embase and PsycINFO. Literature was included in line with inclusion/exclusion criteria. Meta-analysis of data produced odds ratios with the Metan procedure. The analysis focused on three specific pathways into care: Compared with White patients, Black patients were more than twice as likely to have Police involvement during their pathway to care for first episode psychosis

Black patients are less likely to have GP involvement and more likely to have contact with police on the pathway to care, as compared to White patients.

The author’s don’t really unpick why these different pathways exist or are able to drill down in sufficient detail beyond the broad descriptors of Black, White, and Asian. However, previous studies have highlighted the institutional racism and differential treatment of the African Caribbean community, particularly those of second or third generations (CQC, 2011).

This study had a number of limitations: Count me in 2010: results of the 2010 national census of inpatients and patients on supervised community treatment in mental health and learning disability services in England and Wales (PDF). Care Quality Commission, Apr 2011.