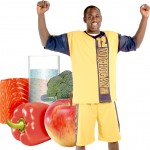 In the study, 94% of the adolescents completed the aerobic running test, 52% of which had low VO2max, (the maximum capacity to transport and use oxygen during exercise reflecting physical fitness of an individual)

37% were obese and 32% had excess visceral adipose tissue.

The authors conclude that adolescents with learning disabilities:

Last reply was July 2, 2012
Try out our members features!