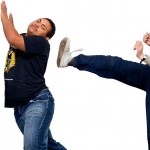 In the UK over 10 million people live with a disability, many of whom suffer from violence (Department for Working Pensions, 2011). A recent World Report on Disability by WHO (2011) highlighted that people living with disabilities are at  risk from sexual and physical violence.

Despite this, little is known about who is at risk of violence, what the consequences of this violence are, and the types of violence they suffer (Hughes, 2012). This information is important for a number of reasons, not least because it could be used to increase the detection and  reduction of violence. For these reasons a new study based on the British Crime Survey (BCS) has begun to address some of these questions (Khalifeh, 2013). Are people with disabilities at greater risk of violence than those without a disability?

The study analysed data collected from the 2009/2010 British crime survey (BCS). The BCS is a nationally representative cross-sectional survey of crime victimisation in men and women aged 16 or over living in private residential households in England and Wales. The survey is conducted by lay interviewees who use door to door visits to interview people, including measures of non-domestic and domestic physical and sexual violence. Sexual assaults are measured using a more sensitive questionnaire, but only on those aged between 16-60.

99.5% of BCS respondents were included in the analysis; 9,037 of people reported a disability. Disability was defined as: “A long standing physical or mental health condition that has lasted or is expected to last 12 months or more and which limits day to day activities”. People with disability are at increased risk of being victims of domestic and non-domestic violence, and of suffering mental ill health when victimized. The related public health and economic burden calls for an urgent assessment of the causes of this violence, and national policies on violence prevention in this vulnerable group.

The authors also note that the research highlights the need for clinicians to be aware of elevated risk violence among patients with all types of disabilities, and that clinicians should consider explicitly screening for violence and its effects. It was estimated that in England in 2009, 116,000 disabled victims may have experienced violence because they had a disability, which cost around £1.51 billion.

Whilst this is a large nationally representative sample, the authors caution that it did not include people living in residential supported accommodation and that there is possible reporting and disclosure bias because of fear of reporting, and/or because some disabilities could make filling out interviews and questionnaires difficult. This means that the findings may under-represent the experiences of violence in these groups. Nevertheless, this study is an important step forward in understanding the violence against those living with disabilities in the UK.

This blog by Michael Walton originally appeared on the Mental Elf on 12th March 2013: http://www.thementalelf.net/publication-types/survey/people-with-disability-are-more-likely-to-be-victims-of-violence-and-to-suffer-mental-illness-as-a-result/

Last reply was January 5, 2015
Try out our members features!