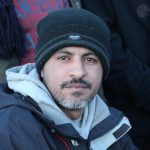 Migration is a hallmark of the modern age. Large proportions of the global population will live in places far from their childhood homes, mostly moving from a rural to urban environment within their native countries. A proportion, currently estimated at around 3.5%, are international migrants having crossed a delineated country border.

A recent systematic review (Mindlis et al, 2017) is trying to answer some of the interesting questions on the contribution of migration to mental illness. The study of migration can elucidate mechanisms that might enhance our understanding of causal pathways of mental illness, beyond socioeconomic deprivations and exposures to traumatic and other adversities to also include necessary adaptation to a new social context and its potential intergenerational impact.

The relationship of migration to mental health has been explored from the outset of the epidemiological study of psychiatric disorders, predominantly around psychotic illnesses and whether prodromal features of a psychotic illness might push one to migrate compounded by post-migration stressors that can include cultural isolation, racial discrimination and general financial, immigration and housing instability that might further influence these disorders (van Os et al, 2010; Hollander et al, 2016).

This study takes the question of migration beyond just first generation migrants to second generation offspring as well. Studies to date have highlighted some existing vulnerabilities, although not necessarily conclusively. For example a nested case-control study on a Finish birth cohort identified increased risk of autism among second-generation migrants (Lehti et al, 2013) with equivocal findings for psychotic disorders (Corcoran et al, 2009). For physical disorders, there has been a reported ‘healthy migrant effect’ where first generation migrants can be healthier than host populations and that often adjustments are made by the second generation where disorders are more likely to reflect the incidence in the host population; for example in non-communicable disorders such as cancer rates and obesity (Delavari et al, 2013; Hemminki et al, 2002). 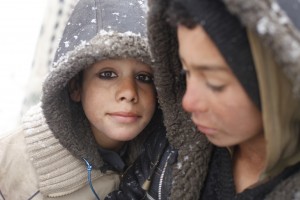 PRSIMA standards were followed and three main databases searched with appropriate search terms, adapted to the respective databases. Studies with a cohort or longitudinal design were identified. Adult populations were included and only those population-based studies that reported age-adjusted incidence of either mood or anxiety disorder, or both, were considered. Quality of studies was assessed using the Newcastle-Ottawa Scale for non-randomised observational studies. Data was extracted using a template and heterogeneity was assessed. Due to limited studies, the analysis was conducted according to ‘any mood disorder’ and ‘bipolar affective disorder’.

From 1,186 identified articles, 235 were assessed for eligibility and 18 studies were included in the meta-analysis with studies from the UK (6), Denmark (4), Sweden (3) and one each from Israel, the USA, Germany, the Netherlands and Australia. Fifteen of these studies were rated as relatively high quality, scoring between 7-9 (with 9 being the highest score). All the studies reported on depression and mood disorders, none were identified for anxiety disorders. 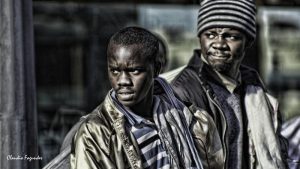 This evidence suggests that first generation immigrants, especially men, are at increased risk of mood disorders.

The findings need to be interpreted with caution given the small effect sizes, but first generation males seem at greatest risk of a mood disorder. The authors hypothesize that this could be attributed to the experience of smaller support networks for primary migrant men, compared with those migrating for family reunification or accompanying spouses; as women are more likely than men to migrate to join family. The potential role of strong support networks have been hypothesized to buffer the detrimental effects of discrimination and poverty experienced by migrant groups, and given the considerable numbers of migrant populations in the world, the opportunities to conduct more sophisticated exploration of the social determinants of mental illness are available.

A Swedish population cohort has shown that second-generation migrants are at higher risk of suicide than first generation migrants (Di Thiene et al, 2015) and although this finding is not supported by the current study, it highlights how the study of migrant populations can enhance our understanding of the possible varied socio-cultural contributions to mental illness and how these might then be mitigated, not just for migrant populations but for any marginalised groups. 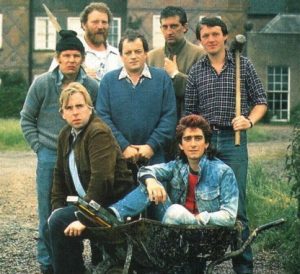 It is thought that strong support networks may help protect migrants from the detrimental effects of discrimination and poverty.