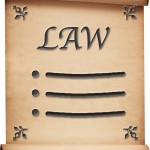 Three scenarios based on actual cases were constructed and formed the basis of a structured interview with participants. The scenarios concerned a financial/legal issue, a health issue and a relationships issue, as well as a set of ten ‘true/false’ statements.

Almost all the highly qualified professionals who took part in the study had received some training on the MCA, but the authors found 14 areas where there was a lack of knowledge or understanding of the Act and its operation.

Whilst not an audit of practice, the study was built around responses by the professionals involved to real cases, but the authors point out that this study may not be fully reflective of real life practice, where professionals may seek advice, support, further information etc.

The authors identify that two of the participants who had not received training in the MCA appeared to be as well informed in their responses as those who had been trained.

They suggest the need for further and more specific training on the MCA with some key issues emphasized over others, and the possibility of designating one team-member to act as a mentor on mental capacity issues,. They also suggest better access to legal advice, and the establishment of local forums to discuss mental capacity practice dilemmas as they arise.