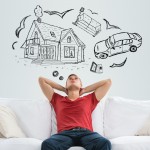 Self-directed support is described by InControl  as an approach to social care which gives people optimum choice and control over their support arrangements. People with social care needs are offered funding to organise their own support, rather than being offered a directly provided service.

There is now a clear policy direction in England and Scotland supporting self directed support through the personalisation agenda as found in ‘Our Health, Our Care, Our Say‘ and the concordat, ‘Putting People First’ which set out a clear requirement for adult social care to be guided by person-centred planning, and the offer of personal budgets for everybody eligible.

The authors of this paper were keen to consider the current state of the research evidence that might show clear strategic planning and implementation of self -directed support for people with learning disabilities.

To address these, they carried out a systematic review of the literature from 1996 to April 2011

They identified 58 papers which met the inclusion criteria and 17 included in the formal review. Interestingly, none of the 17 papers focused solely on people with learning disabilities.

Regarding evidence underpinning the policy of self-directed support for people with learning disabilities, they had to look at early research into Direct Payments, but the articles were few, and empirical studies were small scale.

They also found some evidence of social workers ‘rationing’ access to direct payments based on assumptions about people’s motivation and ability to manage.

Later studies looking at self directed support found a level of tension between this policy and others that related to the allocation of resources, such as Fair Access to Care.

When looking at whether self directed support was offered to everyone with a learning disability they found only two papers that focused specifically on people with learning disabilities and these were small scale studies, although they did report a positive impact of the use of individual budgets on choice and control and lifestyle opportunities.

It was interesting that one UK wide study found that the highest number of people with learning disabilities using Direct Payments was in the North West and the authors attributed this to the presence of knowledgeable local support services and strong parental influence.

One quantitative study in 2007 included 114 people with learning disabilities using self directed support and they found that 76% reported an increase in quality of life and 72% felt they had more choice and control.

A 2009 study also looked at people multiple and complex needs and found that Individual Budgets could improve individual care situations but that support and help from family members was essential for this. The authors concluded that whilst the evidence suggested that not all people with learning disabilities were able to gain access to self directed support, for those who were using it, it appeared to offer the prospect of improvements in their quality of life and the level of control they could exert over their lives. 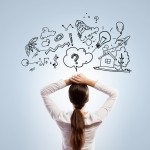 The review identified a number of barriers to self directed support

When looking at the barriers to self directed support they identified a number in the literature, for example:

There was confusion over the variety of terminology used although there were examples of producing accessible information and local authorities employing direct payments officers for use by staff and potential users.

There was evidence that professionals feared that holding budgets could potentially place vulnerable people at risk of abuse or exploitation, although local authorities monitored spending and support plans and held regular reviews.

There was evidence of difficulties in integrating various funding streams where people needed support from a variety of different services.

There were concerns about the volume and complexity of paper work, levels of responsibility and difficulties in recruiting good-quality support workers, although where there were good local support organisations this was successful in helping people with for example the recruitment, training and management of personal assistants

This is a comprehensive review of the literature which identified 1996 as a starting point, relating to the implementation of key community care legislation. It is important to stress however, that there were very few papers that focused specifically on people with learning disabilities, and where there were empirical studies, these were small in scale.

The authors of this review express some concern about the speed at which the policy of self directed support has been implemented, although it could be argued that this approach is a logical conclusion of the independent living movement, which has been growing for some decades.

There was some evidence from the review that the use of ‘Fair Access to Care’ assessment procedures might result in people with mild to moderate learning disabilities being assessed as ineligible for care and therefore unable to access self directed support.

The authors also discuss concerns raised in some papers that the introduction of self directed support could have been driven by a central government agenda relating to cost reduction. Whilst there are savings to be made from responsibilities for managing supports being with the individual budget holder, people needed help, guidance and support to do this and were most successful where local authorities funded local support agencies to offer this.

Nationally, the authors found that there remained tensions between policies, such as ‘Fair Access to Care’ and SDS, no consistent approach across local authorities to resolving this and problems remaining around self assessment, resource allocation, funding streams and risk assessment.

They conclude that at present, they found little robust research evidence of a clear strategic approach to the introduction of SDS at Government level, but that despite this, there are small studies that show the effective implementation of the approach for some people with learning disabilities.

Self Directed Support and people with learning disabilities: a review of the published research evidence, Harkes, M et al in British Journal of Learning Disabilities

Our Health, Our Care, Our Say: a new direction for community services, Department of Health 2006