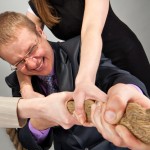 The topic of this blog and the research is one of importance for social care as well as mental health. It considers how the involvement of service users develops change in the decisions of those who provide or commission such services. It also reflects on how such involvement is evaluated as meaningful and how such engagement activity impacts on the experiences of differing sets of people and organisations such as user-led organisations (ULOs) in changing times.

The objective of the study was The study looked at the impact of service user involvement on leaders and key decision-makers.

The locations for the mixed methods study, focused on three distinct settings of two metropolitan NHS Foundation Trusts and one rural NHS Foundation Trust. The methods of the research took into account three distinct phases, the first of these which surveyed users of services relating to their expectation and experiences of involvement. This aspect also included surveying senior staff roles in the form of an online survey to show a breadth of roles and experiences.

The second phase of the research utilised an ethnographic design to detail the experiences of what are termed as ‘traditional’ and ‘specific’ ULOs in their interactions in shaping goals of change at a Trust level. This phase took place in each of the three NHS Foundation Trusts for each type of ULO and was evaluated by observing their interactions in meetings. This was also supported by two members from each ULO keeping a reflective diary to consider their experiences and the meaning of these interactions.

The second stage of this phase researched the role of the ‘user governor’ in the context of the studied Foundation Trusts and gained evidence by focus groups, interview and observation of how involvement was experienced. The third stage of this second phase, utilised focus groups to examine personalisation and how this was experienced in terms of empowerment and involvement.

The second phase of the research considered the role of ULOs and measured their experiences in negotiating goals from an ethnographic perspective. The use of reflective diaries were key in this area and research findings considered how autonomy and history of involvement was often superceded by the need for economic survival. This then created ethical and moral dilemmas for people in relation to their involvement experiences and values.

The research findings discussed the need for ULOs to find a niche or specialism. The research also reflected on how involvement was often streamlined through the conduit of a set department or responsibility within service provision and priorities were duly set.

The results of the research reflected on user involvement being further embedded within the provision of mental health service provision and considered further questions. These included how local involvement sits with the more fluid boundaries of commissioning and in turn the development of Clinical Commissioning Groups. As part of the methodology, participants in the research kept reflective diaries.

There are questions from myself from a ‘critical friend’ perspective in how within the first phase, benchmark definitions of user involvement were defined and understood. This lead me to reflect on how people interpret user involvement in differing ways and its meaning of quality for them. It also is reflected within the research that people may not be aware of what opportunities there are and also what ‘good’ involvement looks like. This is considered when examining the results offered within the study.

The idea of what ‘good’ involvement means was considered in how such varied roles within involvement were not anchored in a fixed definition and were interpreted through ‘perceptions of involvement’ and a sense of affording perspectives which were ‘morally right’ (Rose et al, 2014). The second stage of phase one considered the role of the ‘activist’ and the ‘non-activist’ and critique could also be applied in reflecting the interchangeability of these binary roles.

The critique which could be applied to the second phase of the research was in how the observation of these interactions between ULOs and service providers, could be influenced by direct observation. This has both moral and ethical points which could be considered further and developed in exploring such research.

The second stage of phase two examined the role of user governor in the three Foundation Trusts and considered allocation of roles and structure of meetings relating to user governors. There could have been more discussion of the how such fixed roles of essentialist label truly represent the wider context of involvement in such a small defined sample. User involvement is understood in different ways. Some see it as ‘activism’ while others do not.

The third aspect of the second phase considered personalisation and how it related to choice. It was unclear from a critical perspective how such a relatively low sample and the use of ‘gatekeeping’ to involvement in the focus groups gathered data which reflected wider participation and experiences. This can be further critiqued, in relation to how personalisation was considered as being developed for predominately people with physical impairments, which is not situated in the context of wider evidence.

The research could have considered wider influences on meaningful user involvement such as the relationship between ULOs, NHS Trusts and Higher Education mechanisms for involvement which were not discussed in detail. It is also critiqued that the concept of the ‘new social movement’ discussed in (Rose et al, 2014) relating to user involvement could be examined as a reinterpretation of existing discourse.

The collective power explored within the findings of the research could have discussed the juxtaposition between this and the right of the individual to self-determine their experiences of involvement, especially within the context of recovery. The practice application is with particular reference to how ULOs negotiate changing priorities and how user governors consider their role and relationships within involvement.

Finally, the research also offered a detailed evaluation on how people perceive motives of their role within involvement activities, which is an area to be explored more widely.