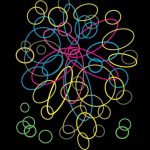 This report addresses service user and survivor views about ways of understanding madness and distress, but in particular about the potential of a social model.

Criticisms of a purely biomedical model for understanding mental illness (in which mental illness is assumed to exist as a disease with biomedical origins) have been around for some years now, dating at least as far back as the anti-psychiatry movement in the 1960s and 70s. Decades of research have failed to confirm biomedical explanations for mental illness (Bishop, 2014; Middleton, 2013; Thomas, 2013). However, the biomedical model appears to remain strong and well, dictating both the nature of our services and the research paradigm that dominates our evidence-based treatments (Faulkner, 2015). 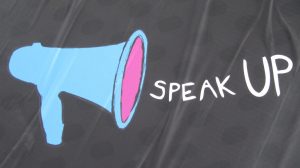 People living with mental distress are well able to enter the debate and engage with complex issues.

This user-controlled study funded by the Joseph Rowntree Foundation, was qualitative in its approach, using a combination of focus groups, interviews and an online survey. It is based on the findings from a previous study (Beresford, Nettle and Perring, 2009) plus further consultations with service users/survivors.

In this second stage, the aim was to reach a more diverse population of service users, including people from black and minority ethnic (BME) communities and older women. The findings from the first stage were checked out with participants and a few additional questions were asked, including about recovery and ideas for taking a social approach forward.

It is hard to do justice to the fullness and complexity of the findings within such a small space. Although participants were strongly in favour of there being a wider recognition of social approaches to mental health, there were mixed views about the direct application of a social model of disability to mental health experiences:

Recovery also got a mixed reception. Many people felt that recovery is closely associated with a medical understanding of distress. Although some people had found the concept positive and helpful, there were also views that it had been co-opted by services and used as the basis for policies to cut services and reduce support.

Many of the issues and questions raised concerned the difficulties of achieving a shared language: people were unsure of the meaning of ‘social model’ and there were mixed uses and views of terms such as ‘mental illness’, ‘disability’ and ‘mental distress’. The study also asked people’s views about the term ‘madness’, which has recently re-entered the frame with the advent of the academic discipline ‘Mad Studies‘. Once again there were mixed views. Whilst some people were happy with the use of this term, many found it offensive and pejorative.

Another important theme was the complex relationship between medical and social understandings of mental distress, recovery and the welfare benefits system. People found these issues to be contradictory and unhelpful and some were highly critical of the current welfare reforms. On the one hand, services are encouraging people towards recovery, which often means less support and a goal of employment; whilst on the other hand, in order to claim benefits, it is necessary to emphasise personal deficits and vulnerabilities. 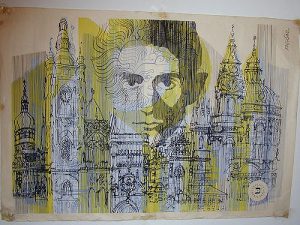 The current climate of austerity is fraught with tension and Kafkaesque contradictions for people living with mental health difficulties.

The main message from this project is the strength of people’s concerns about conventional medicalised understandings of distress and their belief in the value of social approaches. Recommendations from the report include the need to share the findings widely and stimulate more debate about these issues, for there to be more support and funding for such organisations as the Social Perspectives Network, and for mental health organisations to look more critically at their own adherence to a medicalised understanding of distress. The authors advocate ‘extensive and more sophisticated discussions’ about social approaches which fully and equally include mental health service users.

The main strength of this report lies in the quality of the debate expressed. There are no easy answers to these questions, and the authors account for the complexity of the differing views with honesty and in a straightforward style. Service users and survivors are often invited into research to give their views about their personal experiences or about the services they have used, but rarely engaged in discussions of this nature. This is one of the gaps that user-controlled or survivor research is able to fill. The use of a mixed methods approach was probably beneficial to including a more varied range of people in the study.

I was initially critical about the number of quotations featured in the report compared to the analysis or explanatory text. However, I came to appreciate the value of hearing so many of these voices coming through, particularly given the complexity of the issues.

The report does not say how people were recruited to the study, which leaves the reader with some unanswered questions. Also the number of participants given in the text is 82 but the demographics in the appendix only account for 40. I think the difference is the number who filled in the online survey, but this is not made clear, and leaves one wondering why there are no demographics about survey participants. Finally, and unfortunately, the report is littered with typos which made it less than easy on the eye to read. This is such an unnecessary shortcoming that I find myself wondering about the process of production.

Overall, I feel that this report makes a major contribution to the mental health debate and I hope that many people will read it. I have to declare a personal interest here, as I am strongly in favour of social understandings of mental health and distress myself. It is a rare pleasure to read something that reflects my views so accurately. There is no shying away from the range and variety of views; that we will find no consensus about language does not surprise me. But it is indeed vital that we continue this debate. So many people come into mental health services as a result of trauma, abuse and discrimination.

I am as doubtful about the future of identifying a social model of mental distress as many of the people in this report, but I do think that we should keep on talking about how we can transform services to more adequately reflect people’s experiences and needs. 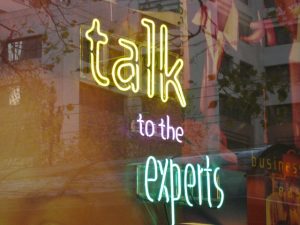 Let’s keep talking and listening to how we can transform services to more adequately reflect people’s experiences and needs.