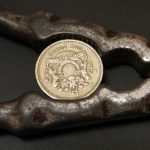 Mental health and suicide are socially patterned, with the least advantaged in society more likely to experience depression and die by suicide (Lorant et al, 2003; Lorant et al, 2005). Given that the 2008 financial crisis in Europe led to detrimental changes to many of the important social determinants of health (such as increased unemployment, rising debt and financial insecurity), it makes sense to think that the recession could have had a substantial impact on mental health.

Although other health outcomes, such as self-rated health and all-cause mortality, are also strongly influenced by social and economic conditions, the mechanisms through which a recession may cause poor health are perhaps more complex. There may be a significant lag time before specific causes of mortality, such as cancer, are impacted. Reductions in income and increases in financial insecurity may also lead to changes in health behaviours; alcohol consumption and smoking may decline, and people may make fewer journeys by car if they are struggling to afford to run and maintain their vehicles.

However, potential effects on physical and mental health are likely to vary by socioeconomic group. So whilst the mental health of particular social groups is likely to have been detrimentally influenced by the recent financial crisis, it is less clear for physical health and specific causes of mortality, besides suicides. Growing evidence also suggests that a recession itself need not be a risk to health if adequate social protection systems are in place to buffer the potential impacts on the social determinants of health (Stuckler and Basu, 2013). To date, the evidence base on whether the financial crisis has had an impact on health is generally inconsistent.

A recent systematic review published in the BMJ by Parmar and colleagues sought to synthesise the existing literature on the impact on the 2008 financial crisis in Europe and assess the quality of the evidence base to attempt to shed light on the growing, but fragmented evidence on the health impacts of the recent recession. 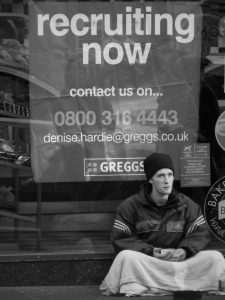 Evidence about the impact on health from the recent recession has been mixed and sometimes contradictory.

The authors performed a systematic literature review of papers published from January 2008 to December 2015 on the 2008 financial crisis and health. They searched five electronic databases: PubMed, Web of Science, EBSCOhost, Scopus and Google Scholar.

Websites including the World Health Organization, Organisation for Economic Co-operation and Development, European Observatory on Health Systems and Policies and Unicef were also searched for relevant reports.

The references and citations of relevant articles were also scrutinised for further papers.

The authors considered only English-language articles and those which used quantitative methods, therefore excluding qualitative studies. Other articles that were not considered included opinion papers, commentaries, systematic literature reviews, conference proceedings and abstracts.

No meta-analysis was performed due to study heterogeneity, so the authors performed thematic analysis by the health outcome studied.

The following exclusion criteria were defined:

Papers were quality appraised by assessing their potential risk of bias according to seven domains:

Each domain was given a score of either:

These were then added together to calculate a study’s overall quality. If a study was not rated as weak in any domain it was given an overall rating of 1 (strong), if up to two domains were rated as weak the study was rated 2 (moderate) and if three or more domains were considered weak the study got an overall rating of 3 (weak). Studies were assessed independently by two authors.

Results of the search

The electronic database searches yielded a total of 5,670 hits and an additional 17 potentially relevant papers were obtained from other sources. Following the removal of duplicate articles, 4,801 studies went through title and abstract screening. After this, 108 full-text articles were assessed according to the inclusion and exclusion criteria and 41 studies were selected for inclusion.

The most common outcome studied was suicide, which was covered by 16 studies. Other outcomes assessed included mental health (14 studies), self-reported health (12 studies), mortality (2 studies) and other health issues including low birth weight, incidence of HIV and tuberculosis (9 studies).

The majority of studies (30 out of 41) were assessed as weak: at high risk of bias. Nine were rated as moderate and 2 as strong (at low risk of bias). Around half of studies were reported to have a high risk of ecological fallacy, making inferences about individuals from aggregate level data. Many studies also had a high risk of time bias (bias arising from the timeframe considered), reporting bias (inappropriate or inaccurate reporting of aspects of the study), and measurement bias in both the outcome and exposure.

Most of the studies examining the impact of the financial crisis on suicide found it was related to an increase in deaths, especially among working-age men and the unemployed. Suicide among women remained largely unaffected.

Of the 14 studies looking at mental health, most found that the crisis was associated with an increase in poor mental health.

Less consistent evidence was found for self-reported health and results tended to vary depending on the country under study and the population group analysed.

There were 2 studies which examined mortality, which appeared to either decline following the financial crisis or remain unchanged. The extent of change varied by cause of death; deaths due to road accidents decreased the most but cancer deaths remained constant.

Mixed results were found for the 9 studies which investigated other health outcomes including low birth weight and tuberculosis, preventing solid conclusions from being made. 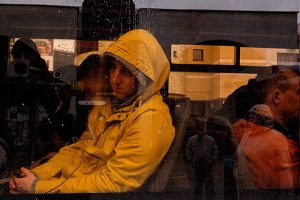 This review had mixed findings but overall the evidence was strongest for suicides and mental health problems.

The systematic review identified 41 studies on the impact of the financial crisis on health in Europe, several of which were considered to be at high risk of bias.

The authors conclude that the results should be interpreted with caution due to the high risk of bias.

Results also varied depending on the country studied, with most articles focusing on Spain and Greece, and on suicide and mental health outcomes.

The most consistent evidence was found for an increase in suicides and a decline in mental health, particularly among men.

The main strength of this systematic review was its comprehensive quality assessment of studies which evaluated the risk of a range of different biases. It also included a search of a range of electronic databases.

However, a number of limitations should be noted:

Given the high risk of bias of the studies included, further research with rigorous methods which unpacks the potential causal mechanisms at play is still needed, particularly with regards to the impacts on mental health.

Additional research is also needed to explore cross-country variability in the response to the crisis and to investigate factors which help to buffer the potential health impacts. 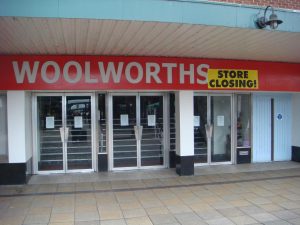 We need more reliable primary research to evaluate the impact that the financial crisis has had on mental health in Europe.

Last reply was October 10, 2016
Try out our members features!