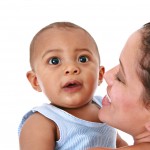 Studies have shown that the prevalence of depression in pregnant women is 7-19%. Being depressed during pregnancy can result in preterm delivery, which can in turn lead to illness and even death of the newborn child.

Researchers have struggled to single out the causes of these risks. Is it the depression, the medical treatment being given (e.g. antidepressants), or possibly other underlying issues like substance misuse or stress?

Less severe depression is usually managed with non-drug treatments, but major depression sometimes requires antidepressant medication, which does of course come with known side effects. The evidence is far from clear cut, but studies over the last 8 years have suggested that SSRI (selective serotonin reuptake inhibitor) antidepressant use during pregnancy is associated with congenital anomalies, spontaneous abortion, neonatal withdrawal syndrome and persistent pulmonary hypertension in the newborn child.

These risks may well drive expectant mothers to stop taking their antidepressants, but of course this behaviour comes with a new set of risks as maternal mental illness is also associated with problems for young children, particularly infant death syndrome.

We are still pretty much in the dark about some of the other risk factors in pregnancy and the influence that SSRIs may have on them, so a new population-based cohort study published in JAMA is important evidence that can help fill the gap. The authors of this study focused on the influence that SSRI use has on risk of stillbirth, neonatal and infant death.

The reviewers used data from Denmark, Finland, Iceland, Norway, and Sweden, where comprehensive information about maternal use of SSRIs from prescription registries is easily available. They included women pregnant with one baby and used data from patient and medical birth registries to measure maternal characteristics, pregnancy and neonatal outcomes.

1.79% of mothers in the study had picked up a prescription for SSRIs during the pregnancy.

Among women with singleton births in Nordic countries, no significant association was found between use of SSRIs during pregnancy and risk of stillbirth, neonatal mortality, or post-neonatal mortality.

However, decisions about use of SSRIs during pregnancy must take into account other perinatal outcomes and the risks associated with maternal mental illness.

The study showed that the increased rates of stillbirth and post-neonatal mortality in babies exposed to SSRIs were explained by the severity of the underlying mental illness affecting their mothers, higher rates of smoking and higher maternal age.

This is a large and well conducted study that provides us with reliable data that can be used to help care for pregnant women and their babies.