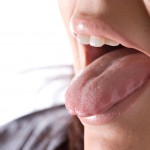 Xerostomia is a subjective sensation of dry mouth, this is a common symptom particularly in older adults and has a variety of causes. Pilocarpine is a cholinergic agonist that non-selectively binds to muscarinic receptors in smooth muscles in the gastrointestinal, urinary and pulmonary systems and stimulates the production of secretions from the salivary and sweat glands. However it also causes a range of adverse effects including excessive sweating and salivation so needs to be used with caution. The aim of this study was to determine the effect of 0.1% pilocarpine mouthwash on subjective dryness, minor salivary flow rates and the unstimulated whole salivary flow rate in xerostomic patients.

Patients aged 20 or older with xerostomia for more than 3 months were eligible. Patients currently receiving treatment for xerostomia and those with acute asthma, acute iritis, narrow-angle glaucoma, pilocarpine allergy, pregnancy, lactating women were excluded.  Patients were randomised to either 0.1% pilocarpine solution as a mouthwash, made by diluting 2% pilocarpine hydrochloride eye drops with 0.9% saline (test) or 0.9% saline as a mouthwash (control).

0.1% pilocarpine mouthwash caused a larger increase in minor salivary gland secretion and unstimulated whole saliva than the 0.9% saline mouthwash until 60 min after mouthwashing, but the effectiveness in relieving subjective oral dryness did not differ significantly between the solutions. Thus, further studies are needed to determine the minimum concentration of pilocarpine that relieves oral dryness effectively without exerting adverse effects and that is superior to other solutions such as saline. Such studies should include objective measures such as minor salivary gland secretion and unstimulated whole saliva secretion rates.

There have been two previous systematic reviews which have considered pilocarpine in the management of xerostomia Brennan et al in 2002 and Berk in 2008.  In addition more recent Cochrane reviews have looked at non-pharmocological treatments for the relief of dry mouth ( Dental Elf 3rd Sept 2013  and topical treatments (Dental Elf -11th Jul 2012) . The Cochrane review on topical treatment did include one trial of pilocarpine lozenge use and this current trial could  potentially be eligible for inclusion in that review. However, this trial is small and of short duration so more information is needed to assess thre risks and benefits.