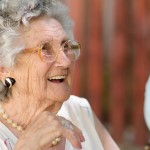 Very old people, age 85 years or over, are increasing in number and form a substantial proportion of social care users. Sometimes they are not really differentiated from other older people, who may be of another generation.

While the likelihood of living in a care home rises with old age and with dementia or great frailty, large numbers of people in the ‘oldest old’ age group live at home and are plain in their wishes to remain there.

The aim of this study was to provide insights into what older people think about living independently (defined as in their own home). The authors wanted to hear directly from them, of their experiences. In doing so a secondary aim was to help healthcare professionals to support ageing in place and to potentially reduce ‘adverse psychological consequences’ for those older people who do have to move to residential care. It is this later aim that makes this Elf summary potentially relevant to social care, but actually it is never really developed.

The method chosen for this study was qualitative interviews, using an interview guide that drew on the voluminous literature covering psychological theories about ageing; such as successful ageing, control theories, attachment to place, self-identity. The background section also makes reference to research from many countries about the benefits of home versus residential care. All this, briefly summarised, suggests that older people generally prefer to ‘age in place’ or to live in their own homes.

The interviews took place in 2010, all in participants’ own homes. They took about one hour each. The topic guide was used by the interviewer (the lead author) as a loose script to ask about the older person’s life, home and family; how they managed at home; the nature of any support; feelings about residential care; and what home meant to them. Questions were also asked about identity (what sort of person are you?); independence/autonomy; and coping and resilience (how do you manage, feel about living alone, think about the future?). All these may seem pretty familiar to professionals who have the commitment (and the time) to take a person-centred or strengths-based approach to assessment.

The study took place in rural Australia. The lead author interviewed 23 very old people (average age just over 90). Participants in this study were recruited mainly through a voluntary sector group.

They lived independently according to the researchers, although 7 of the 23 lived with a partner and 16 had some form of home support such as help with ‘hygiene care’ (showering). Three were recent migrants to Australia; having moved just after World War II. 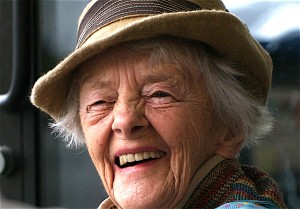 The researchers interviewed 23 people aged 85 or over about their experiences of living independently.

While living in your own home in rural Australia (not quite the desert or remote outback) may seem far away from relatively crowded England, the interviews revealed some themes that seem generally consistent with the views expressed by many older people who like where they live. It is important to acknowledge that these were not all well-off Australians (5 lived in subsided housing and 18 on basic pensions). However they had lived in their own homes for an average of 18 years.

The four key themes (summarised) from the interviews were firstly that participants valued not feeling beholden to anyone; being in control; having privacy and doing what they choose and when they wanted. Accepting some support (e.g. home care) enabled them so far to resist the alternative of residential care.

Second, there was a clear view that residential care was ‘stagnating’; indeed participants were described as ‘hostile’ to it, averse to the idea and it was even ‘abhorrent’ to some. This strength of feeling was not necessarily balanced by ‘positive’ mentions of their own home and situations. Nonetheless, many reported their attachment to their home and possessions.

This led to the third theme of home being a ‘warehouse of memories’ that connected a person’s past and present. Some of these centred on objects but the building and the person’s possessions also evoked memories.

Lastly participants talked about the way in which having your own home enabled relationships to be maintained. These included family but also other people who called or passed by. They contrasted this with the losses of these that they anticipated if they were to move to a care home.

The researchers suggest that professionals need to understand the meanings of home for their clients and find out what the individual thinks of residential care. They say that accepting home care or residential care will be easier for the older person if their feelings about their homes are discussed. They suggest that conflict and ‘misdirected resource allocation’ can be avoided by such discussions.

They recommend that assessment tools should incorporate measures to gauge the psychological and emotional functions of individual preferences about interventions such as home care. Don’t leap from ‘problem identification to paternalistic service response’ they caution, possibly in a rather unsophisticated view of professionals in my view. 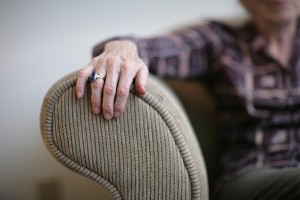 Independent living gave respondents control,  privacy, memory and relationships.  They had a lot of negative views of residential care.

This is a long article that gets behind some of the stereotypes of ‘ageing in place’ and ‘independence’. It is helpful in reporting directly the views of very old people.

There is a useful finding that it was not so much the positive features of their current accommodation that the older participants valued but their antipathy to residential care that was so powerful. This might be a very astute judgement about what is available to them, or it might be based on inaccurate knowledge of what current residential care is like.

It is further helpful in reporting the views of people who did not own their own homes but had a history of renting in the public or subsidised sectors. Current discussions about ‘downsizing’ being ‘good’ for older people might be informed by the strongly held views of what home means to older people and how possessions are important to them.