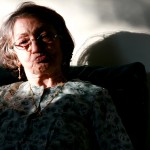 Over half a century ago, in her powerful essay ‘Loneliness’, Frieda Fromm-Reichmann wrote of loneliness as “one of the least satisfactorily conceptualized psychological phenomena”. She went on: “the longing for intimacy stays with every human being from infancy throughout life, and there is no human being who is not threatened by its loss.” (Fromm-Reichmann, 1959)

The other day, I mentioned to my (excellent) nursing colleague that I was interested in the phenomenon of loneliness, and particularly researching how it impacts on those with mental illness. Her response was one of surprise. Not at my chosen topic of interest, nor its significance, but rather at the fact it was not already an ‘extremely well established’ field. Yet the truth is, much more is known about the long-term impact of loneliness on physical health in the general population than on any outcomes in severe mental disorder.

This is worthy of its own blog entirely, but a good succinct definition is this from Peplau and Perlman (1982)

the perception that one’s social needs are not being met by the quantity and quality of one’s social relationships.

Crucially, it’s not just about numbers of contacts, or how often you see other people, but your own perception of what you get out of those connections. Related but distinct concepts include objective social isolation, social networks and social capital. 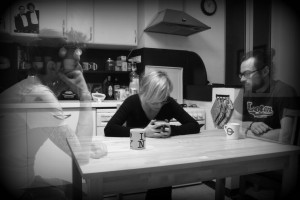 Loneliness is possible for those of us with lots of human contact. It’s about what we get from our relationships.

Media reports have gone as far as suggesting we are facing a ‘loneliness epidemic’, and Britain has been hailed the ‘loneliness capital’ of Europe (Orr, 2014). Affluent nations have the highest rates of individuals living alone since census data collection began and also likely have the highest rates in human history, with those rates projected to increase (e.g., Euromonitor International, 2014).

The jury is out on whether we’ve truly reached the point of pandemic panic but what we do know is we can’t afford to ignore it. A recent meta-analysis (Holt-Lunstad, 2015) pooled 70 papers studying both social isolation and loneliness to find out if these factors significantly increased mortality, at levels comparable to established risk factors such as obesity and smoking. In mental disorder, loneliness has been strongly associated with depression (onset and outcome), suicide, cognitive impairment as well as anxiety and sleep problems (Hawkley et al 2010).

Loneliness in the elderly

One group that has received special attention in the loneliness literature is the elderly population, a particularly vulnerable group for a number of reasons including potential physical disability, bereavement, reduced income and physical co-morbidities. The English Longitudinal Study of Ageing (ELSA) found 46% of those aged 80 and over reported being lonely often or some of the time compared to about a third (34%) of all aged 52 and over (Office of National Statistics, 2010). Human costs aside, politicians have started to recognise its economic cost, and are beginning to highlight it as a public health priority (e.g. the Essex County Council Isolation Index). We know it is a problem; some of the most important work in the near future will be determining what can be done about it.

It is important for us to learn from the growing literature on specific aspects of loneliness, and I was recently forwarded a paper (Aarts et al, 2015) that explores the relationship between social network site (SNS) usage and loneliness and mental health in community-dwelling older adults. 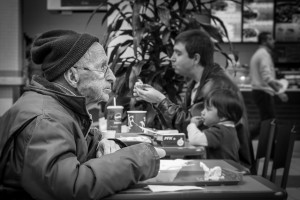 Nearly half (46%) of English people aged 80 and over report being lonely some of the time or often.

The authors conducted a cross-sectional survey of 626 older adults in the community (in the Netherlands), asking about their use of social network sites (SNS, e.g. Facebook) and then looking for associations with loneliness levels and mental health status. Note association and not causation; this was a snapshot of a group of people at a particular time.

The data collected was by way of the Longitudinal Internet Studies for the Social Sciences (LISS) panel. The sample frame was based on a nationwide address register (Statistics Netherlands), and included Dutch-speaking permanent residents of the Netherlands. People who did not have a computer or internet connection (n=55, 8.8%) were not excluded, but instead provided with the necessary equipment to participate (questionnaires were completed online).

A random sample of 10,150 addresses was selected in the end. How this number ‘becomes’ the 626 participants is not clear; presumably only a certain number met the inclusion criteria (being over 60) and the rest I assume declined to participate. This will potentially have implications on its representativeness of the population.

The results of 626 older people (aged 60+) were reported. It is not clear if this includes everybody that agreed to participate or if anybody was excluded before the final analysis.

The sample studied was approximately 50% female, had an average age of 67 and almost half had a low level of education. About a quarter of them lived alone and most had one or more chronic physical health problems (71%).

The tool used to measure the main independent variable (SNS usage) was a single question asking the participants how often they had used SNS in the past two months. They were given the option of 7 different levels of usage (from never through to several times a day) and the responses were then grouped into 3 categories: low, medium and high usage. Needless to say this was relying on peoples’ own report of their SNS usage, which will be less accurate than objective measures (e.g. tracking peoples’ usage using IP addresses or even daily diaries over a period of time).

The ‘mental health’ outcome on the other hand, was assessed using the ‘five-question Mental Health Inventory (MHI)’. This asks questions about whether the respondent is a ‘nervous’ person, or ‘down-hearted and blue’ for example. It is derived from a larger 38-point MHI. I was not familiar with this tool, but it has been shown to have poor sensitivity and specificity compared to DSM-IV diagnoses (Rumpf et al, 2001). It is recommended more as a screening tool in primary care. It is relevant that older people were more likely to refuse to fill out the questionnaire when it was originally developed. An acceptable screening tool mainly for depression, but by no means a solid assessment of one’s mental health status in my view.

The authors considered a number of important confounders, including age (there is evidence loneliness affects the ‘very old’ in a different manner to those that are a little younger), living arrangement, education level, activities of daily living and a single question to assess number of social contacts (thereby enabling us to compare quantity with quality to an extent).

It is important to note there was up to a 4-month lag between collecting data on SNS use and loneliness, and the remaining descriptive information and mental health scores. One could argue that mental health status could have changed in that time.

The overall conclusion was that there was no significant association between SNS usage and loneliness or mental health (both adjusted and unadjusted odds ratios). Some associations were noted between, for example, being more lonely and male gender, and being more highly educated meant you were less lonely. I cannot locate a figure for how high the missing data levels were.

The authors also take steps to account for those who were given computers for the study, and the results are unaffected by repeating the tests by excluding them. 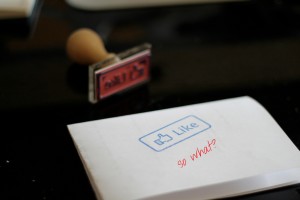 This study found no significant association between social network usage and loneliness or mental health, but further work is needed before we can draw any definitive conclusions.

So what does this mean?

Well, in my view, not a huge amount on its own, but it serves as a starting point for developing more well-designed studies into the role of social media in loneliness. Previous work in younger people has highlighted the nature of SNS use is important in determining your mood and how lonely you feel, but this study does not allow one to draw parallel conclusions in the elderly.

There are some strengths to the study: it uses a national database, reports results on a decent number of elderly people (626) and takes into account some important potential confounders. However, there are a number of limitations; many of which have been mentioned already, which preclude us from making firm conclusions about whether social media use influences loneliness levels. Ultimately, more detailed longitudinal studies will be the best way to explore the relationship.

Loneliness in older adults: what’s next?

A recent paper on the research agenda for loneliness in older adults (Hanratty & Valtorta 2012) argued:

..a drive to address loneliness and isolation could prove …one of the most cost-effective strategies that a health system could adopt.

The question of whether finding family on Facebook could reduce mortality in old age remains unanswered, but the need to answer it (and related questions) is urgent.

As far as I am concerned, the authors of this paper have done well to continue the discussion on loneliness and I hope they and others (like me) will continue to explore what can be done about it, old and young alike. 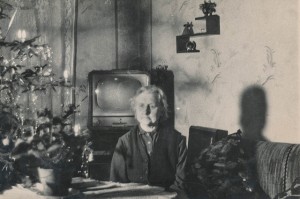 Can you do something this Christmas to help someone who is lonely?

If you need help now

If you are feeling lonely this Christmas, please read the Mind guide to how to cope with loneliness.

Another useful resource is the Campaign to End Loneliness website