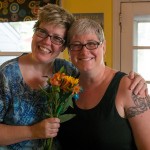 Does being happier mean you will live a longer, healthier life? Grandmothers seem to think so but recent systematic reviews are divided in their conclusions. Some have found that happiness is associated with decreased mortality, but others have found that after adjustment for potentially confounding factors, like poor health, this effect disappears.

Psychological stress has myriad biological effects on the body, over the short and long term, involving changes to the stress hormone, cortisol, and levels of inflammation which have been thought responsible for an increased risk of diseases like ischaemic heart diseases and depression, and perhaps increased mortality.

A group of researchers wanted to understand whether stress and unhappiness really does have a direct biological effect on mortality. They sought to explore two alternative explanations: 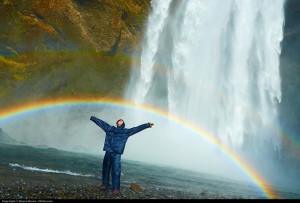 Are unhappy people under the weather more often?

The researchers took advantage of a very large data set called the Million Women Study, consisting of data collected from UK women recruited between 1996 and 2001 and monitored for mortality and cause of death.

At baseline, women were asked to rate their levels of health, and happiness (‘How often do you feel happy?’) and were also asked about levels of stress, feelings of control and whether or not they felt relaxed.

The women were divided into ‘unhappy’ and ‘generally happy’ groups.

The outcome measures were mortality in the period following recruitment, from all causes, heart disease and cancer, in women who did report having major diseases at baseline.

To control for the effect of ill-health at baseline on happiness, women with major illnesses were excluded. This was done to control for the possibility of ill health being a common risk factor for both unhappiness and increased mortality.

The RRs were adjusted for age, sociodemographic and lifestyle characteristics (including region of residence, social deprivation, level of education, living with a partner, body-mass index, exercise, smoking, and alcohol consumption). This was done to control for the possibility that unhappiness may cause poor lifestyle choices, leading to increased mortality.

When adjustments were made for sociodemographic and lifestyle factors (without controlling for ill health) the association between unhappiness and mortality was greatly lessened (RR 1.14, 95% CI 1.11 to 1.18).

Furthermore, there was also no relationship between other measures of emotional wellbeing such as being stressed, relaxed or being in control, and mortality, when subjected to the same adjustments.

It’s also interesting to note the recipe for happiness suggested by the association between baseline characteristics and levels of happiness.

Happiness was associated with:

Body-mass index seemed to have no effect on levels of happiness. 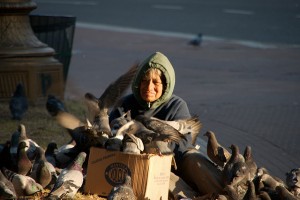 This research does not support any direct link between happiness and longer life.

The authors conclude from their study that the notion that happiness directly reduces mortality was not supported.

Instead, it seems any relationship between happiness and mortality is largely accounted for by poor health being associated both with unhappiness and subsequent increased mortality.

There was also evidence found for an indirect relationship between unhappiness and mortality through poorer lifestyle choices.

There are several limitations to this study:

Altogether, this study might provide some relief for people who don’t feel great: they needn’t add to their worries that not feeling great might be doing them direct harm. To paraphrase Bobby McFerrin: “Don’t Worry, Be Unhappy”.

And finally, everyone should move to Scotland and never, ever do a PhD.