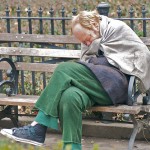 Recently there have been a number of high profile news stories relating to the increase in the numbers of people sleeping rough.

This is a complex area but punitive benefit sanctions, policies such as the bedroom tax and cuts in local authority spending all seem to be playing a contributory role.

Anyone living and working in Greater Manchester will have seen a dramatic increase in the number of people living on the streets in the City Centre. A protest camp of homeless people was established in front of the Town Hall. This has led to a series of protests after the local council took legal action to have the protesters moved on (WTB Solicitors, 2015). Unfortunately not everyone is sympathetic to the issues of homelessness particularly if it interferes with that key modern leisure activity, shopping (Buchanan, 2015).

Multiple exclusion homelessness (MEH) is a rather clunky phrase but it is used within the housing and homelessness sector to illustrate the complex interactions between the many different causes and impacts of homelessness.

The key point here is that homelessness is not simply a ‘housing’ issue. The shortage of affordable housing and policies such as the benefit cap are important but we also need to examine other risk factors such as:

At first sight, it would appear that these are clearly areas that require a social work response. However, as the authors point out there is no a wide range of local commissioning arrangements which mean that services in this area are increasingly provided by organisations that are not social work led.

This can be seen as part of what Cameron (2010) has called the retreat of social work from direct work with adults. This is the logical outcome of the process of care management set in train by the NHS and Community Care Act (1990) that sees social workers as brokers for rather than provides of services. 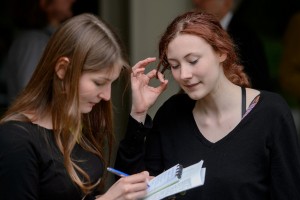 This research looks at service user and practitioner experiences of multiple exclusion homelessness (CC Image courtesy of Heinrich-Boll-Stiftung via Flickr).

This work reports the findings of three ethnographic research projects taking place from 2009-2011 that involved the study of provision of services in three areas: rural, metropolitan and an inner-city area.

The experiences and ‘joint working’ service use of thirty four people who were homeless and had additional issues such as mental health problems and/or substance misuse were recorded over six months. Participants were interviewed twice over that period. The researchers mapped service use and points of access and exclusion.

As part of the study, eighteen focus group interviews were also held with workers from a range of agencies in this field including: mental health, criminal justice, health, leaving care and housing support. The focus groups included discussion of case vignettes. In addition five focus groups were held with ‘experts by experience’ who were not involved with the service user experience tracking phase. 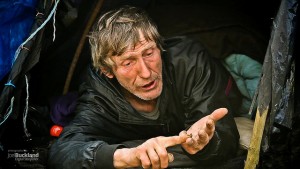 Researchers mapped service use and points of access and exclusion for thirty four homeless people (CC Image courtesy of Joel Buckland via Flickr).

The two main themes were was follows:

The authors note that the term ‘multiple exclusion homelessness’ resonated generally with workers in this area but most strongly with social workers based in leaving care teams.

There has been great concern about the outcomes for young people leaving the care system. In this study, workers felt that the system for supporting those leaving care was significantly stronger than for that group of young people who fell just below service thresholds.

Adult service eligibility criteria mean that this group alongside adults with what the authors term ‘low-level’ learning disabilities are least likely to offered a service.

The pressure on services, in effect, ratchets up eligibility criteria as agencies face increased demand whilst resources are reduced.

As we move into the next stage of austerity politics it is clear that these pressures will increase. 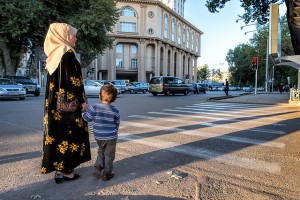 Social work was found to have a preventative role particularly in child protection and transitions for care leavers (CC Image courtesy of Damon Lynch via Flickr).

This article is published at a particularly important time as concerns about the impact of austerity grow.

There is a growing austerity literature which while not explicitly concerned with social work are of vital importance in providing practitioners and social work students with an understandign of the current practice context. Examples include Mary O’Hara’s Austerity Bites (O’Hara, 2014), Lisa Mckenzie’s Getting By (Mckenzie, 2015), Imogen Tyler’s Revolting Subjects (Tyler, 2013) and John Hills Good Times, Bad Times: The Welfare Myth of Them and Us (Hill, 2014). These works demonstrate that the impact of austerity but also the clear political nature of the attacks on the social state.

If anyone has any doubts about the background, I would strongly recommend the work of Mark Blyth –  Austerity: The History of a Dangerous Idea (Blyth, 2013).

At the same time, there appears to an even greater divide in the social work profession about its true nature and role.

These debates are crystallised around such issues as the closure of the College of Social Work, which I have discussed here.

One of the key messages of this paper is that the pessimistic view that social work has given up its role in the area of multiple exclusion homelessness – it would be a very sad day indeed for the profession if that were ever to be the case.

Those working with voluntary agencies or other providers were seen in a totally different light to social workers based in statutory teams. As is often the case, social workers face a battle of perception and professional image as part of the process of establishing working relationships with those accessing services. 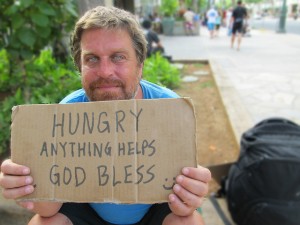 Hills, J. (2014) Good Times, Bad Times: The Welfare Myth of Them and Us Bristol: Policy Press.