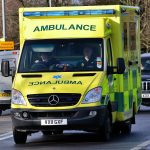 What would we do if one of our Elf family were to find themselves at a point of crisis; a mental health crisis? Well, the National Health Service (NHS) Mandate for 2014/15 stated that services for patients in mental health crisis should be as accessible, responsive and high quality as emergency services for other patients…but, is that currently the case? There are frequent media reports in relation to increasing mental health demand and a potential shortage of resources to meet this, so what is actually happening?

Liaison Psychiatry Services across the country often see patients who have attended an Emergency Department (ED); sometimes because there are literally no other (or better) places to go to get help. Working within a Liaison Service this feels like common knowledge, and I have personally often quoted the well worn statistic of 5% of ED attendances are mental health related. What might not be common knowledge though is that this statistic is based on an American sample of Medicare patients from 1999; and only factored in depression. Surely we must have more up to date, UK based research from which to base service developments and commissioning?

This is exactly what Barratt et al wanted to look at by publishing their systematic review and meta-analysis looking at the epidemiology of mental health-related ED attendances within health care systems free at the point of access, including clinical reason for presentation, previous service use, and patient socio-demographic characteristics. This was then published in PLoS ONE on April 27, 2016. 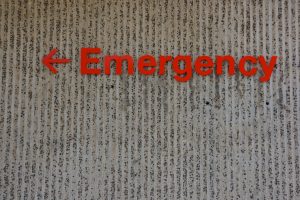 The NHS Mandate states that people in mental health crisis should have access to a responsive, high quality emergency service.

Electronic database searches were completed across Embase, Medline, PreMedline, PsycINFO and CINAHL. The inclusion criteria for the studies were:

They employed a text mining and machine learning method, known as ‘active learning’, The primary goal of text mining was to retrieve information from unstructured text and to present the distilled knowledge to users in a concise form. The machine learned iteratively (from human interaction) to distinguish between relevant, and irrelevant citations during the screening phase of the systematic review. Not something I have come across previously, but not necessarily a reason in itself to be skeptical.

The process searched for studies describing patients who attended a hospital ED with a primary diagnosis of either one of more mental and behavioural disorders (F01-F79 of the International Classification of Diseases, 10th edition) or self-harm (X60-X84). Studies also had to report one or more epidemiological measure, for example the frequency, incidence, occurrence, or prevalence of mental health-related attendances to the ED. Heterogeneity was also estimated using the I2 statistic, where I2 > 50% this was considered substantial heterogeneity. I was hopeful that this would produce a wealth of results to look at.

This left only 18 studies which met the eligibility criteria, 6 of which were used in the meta-analysis (a disappointing 0.1% of the original results).

Nine studies were conducted in Australia; three in Spain; two in Canada and one in each of the UK, Ireland, Norway and Portugal. Studies took place largely within single emergency departments (n = 14). Five examined attendances to dedicated psychiatric EDs, rather than general departments.

3 were deemed as good quality, 10 fair and 5 poor. The generalisability of the findings was assessed as poor in 15/18 studies, usually because the study described a relatively small sample from a single hospital site. This makes the actual results rather meaningless, however, here they are:

Of those patients presenting with MH disorders:

Clinical reason for attendance (with 95% CI)

In the UK study 58.1% of attendees had a previous history of mental illness.

Age: there was insufficient data available to carry out meta-analysis.

Socioeconomic circumstances: 53% of patients attending an ED in London, were unemployed in contrast to 83% of frequent attendees at an ED in Galway, Ireland. In London, 17% were of no fixed abode, whilst 4% of patients attending EDs in Victoria, Australia, were resident in crisis accommodation at the time; the same proportion were deemed to have no shelter. 45% of frequent attenders to a dedicated psychiatric ED in Montreal, Canada were in receipt of welfare payments.

Up to 58% were admitted, although not all studies described what type of admission that was and there was not enough data to be able to use meta-analysis to calculate meaningful pooled estimates.

There were varying data as to the percentage of community or GP follow up, however, within these papers, it was only clear in one case that the discharged patient did not receive any form of follow up.

The review strongly suggests that there is a lack of high quality, generalisable epidemiological data available to inform service change and the development of new models of care.

The main recommendation from the paper is that prevalence studies of mental health-related ED attendances are required to enable the development of services to meet specific needs, particularly in the UK. 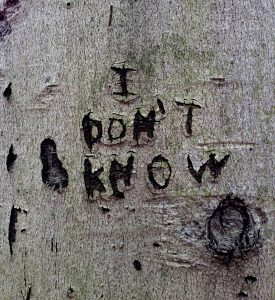 This research highlights just how little we know about the prevalence of mental illness in emergency departments.

The data that is available must be interpreted with extreme caution. Particularly in light of issues relating to the quality of the data reported; the overall methodological quality of the studies; and the generalisability of the study findings to other services and local populations. The most important causes of variability related to differences in either clinical or methodological aspects of the research looked at, and the fact that so few studies were included.

The process of exclusion/inclusion of the papers appeared too stringent; for example specifically excluding papers which focussed on self harm, attempted suicide or overdose, would seem to have missed an opportunity to capture some of that epidemiological data.

From this systematic review and meta-analysis the number of patients attending due to mental or behavioural health disorders accounted for 4% of ED attendances; a third of these were due to self harm or suicidal ideation. The majority of studies were single site and of low quality and with so few papers included, the results need to be interpreted very carefully. I was really surprised that there was only one study which was conducted in the UK and this was assessed to be of poor quality. As my teacher might say “tsk tsk – must do better”.

From my own personal experience, patients are presenting at ED with mental health problems, and will carry on doing so with or without Liaison being there. We must address this gap in knowledge and understanding of presentations as a matter of urgency.