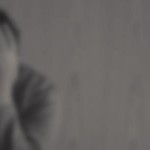 The aim was to provide an audit of current services for people with challenging behaviour, to take a snapshot of provision, numbers of out of area placements and lengths of stay.

The data were collected for 30 September 2013 so as to give a snapshot of in-patients in NHS and independent learning disability service provider services on that day. Whilst it focused on England, the census did gather information for people from the other UK countries who were in receipt of services in England on the census date.

The definition used for the patient group was those with learning disabilities, autistic spectrum disorder and/or behaviour that challenges.
The team gathered information on the experiences that people had of the care they received and looked at drug administration, incidents, accommodation, and uses of the Mental Health Act (1983).

The authors also looked at the commissioning and provision of services including costs and care planning.

In terms of the environments they looked at, the scope of the census included:

There were responses from 104 provider organisations on behalf of 3,250 service users who met the inclusion criteria. When looking at the responses, what the authors found was:

The provision of good quality information about what is happening to people who are in receipt of specialist support from the NHS or independent providers is a fundamental requirement to underpin change.

Having a clear vision for what to achieve in the future alongside a clear picture of what is happening now can help to create a pathway for action.

In terms of early progress, the findings of the census are depressing however. In the context of the significant long-term pressures on funding for care and support for people with learning disabilities, we see a continuation of high cost services that place many people away from their communities and leave them with incomplete plans for discharge and local support and a significantly high use of medication. 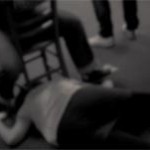 However, in an interview post the publication of the report, the minister, Norman Lamb accused commissioners of abject failure” to “challenge established ways of doing things”, as people were still being placed in hospital settings .

Bill Mumford, the new head of the Winterbourne View joint improvement programme has stated that the original objective will be changed and the programme will aim to reduce the number of people with learning disabilities in hospital; reduce the length of stay for people that did go to hospitals and make sure those in hospitals had a “positive experience” It is expected that NHS England will produce a detailed plan, with key performance indicators, later this month.

Given that the HSCIC plans to run the census again in September of this year to look at what changes have been made, we look forward to seeing some indication of significant progress in the key indicators they are collecting data on.