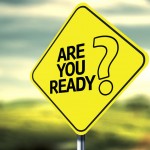 A recent nationwide audit (covered by the Mental Elf) reviewed what progress, if any, had occurred in the treatment of schizophrenia within the NHS since the last major audit in 2012. It transpires that in the two years since, progress has been slow at best, and overall satisfaction among service users has remained low.

One method likely to help remedy this is the encouragement of shared decision-making. Indeed, UK policy directives urge that service users be involved when decisions are made regarding their treatment (Department of Health, 2012). Despite such recommendations, clinicians continue to dominate mental healthcare decision-making (Goss et al., 2008). This may be in part because of clinicians’ doubts regarding the capacity of service users to make informed decisions about their care. Research has found that clinicians express concern that service users will make sub-optimal choices relative to good practice guidelines, or will refuse treatment altogether (Atkinson & Gilmour, 2004).

Advanced statements are a specific tool used to help facilitate shared decision-making (Henderson et al., 2008), wherein individuals with the capacity to do so can provide preferences regarding their care, in anticipation of a future relapse where they may be too unwell to indicate their treatment preferences. This can help reduce unnecessary stress associated with relapse, as well as allow the individual to retain a sense of control. This has obvious benefits in the context of a psychotic disorder like schizophrenia, an often chronic, episodic illness typified by feelings of a lack of control. Advanced statements can also help improve interactions between service users and clinicians by reducing conflicts of opinion.

Joint crisis plans (JCPs, Sutherby & Szmukler, 1998) are a type of advanced statement, and the only one that requires the clinical team to be involved. This way, clinicians can advise service users on any barriers that might occur in the implementation of their proposed care plan, assuaging clinicians’ aforementioned concerns regarding informed decision-making on the part of service users. An independent facilitator is also present to ensure that all opinions are heard, but that the final plan reflects the service user’s choice.

JCPs certainly appear a sensible practice, but few studies have actually analysed their content to examine their utility. There have actually been a couple of recent studies questioning the effectiveness of JCPs, both economically, and clinically (although the latter finding may be an effect of poor implementation). Analyses of the actual content however, counter to clinicians’ fears, indicate that service users’ preferences are in fact consistent with practice standards, and are thus clinically useful (Papageorgiou et al., 2004).

In a paper recently published in Social Psychiatry and Psychiatric Epidemiology, Farrelly and colleagues sought to expand the limited evidence regarding the utility of the content of JCPs, specifically in service users with psychotic disorders (Farrelly et al, 2014). 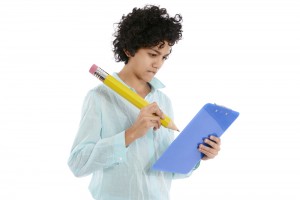 Joint crisis plans are a type of advanced statement whereby the service user is supported by an independent facilitator and their clinician to make advanced decisions about their care should a future relapse occur.

The JCP contains the service user’s preferences for care in the event of a future relapse or mental health crisis, but they also contain their views on past treatments. A full JCP consists of an initial meeting in which the facilitator presents different content options, followed by a second meeting, at least a week later, to finalise the content. This second meeting requires the presence of the psychiatrist, although the service user’s care coordinator, any other relevant clinicians, and family members are also invited. The facilitator records service user responses verbatim.

The study sample was derived from a larger trial (CRIMSON, Thornicroft et al., 2013), which ran in four mental health trusts in three major English cities and one rural area. All service user participants had a diagnosis of a psychotic disorder (schizophrenia, schizoaffective disorder, etc.), had been admitted to hospital in the last 2 years, and were currently outpatients in contact with a community mental health team.

To analyse the data, the authors employed inductive thematic analysis, a method covered in a previous post on this blog. A coding frame was developed inductively, meaning that it was not pre-defined but rather arose organically through analysing the content of JCPs. Originally, 50 JCPs were randomly selected and each line of data was coded. Subsequently, the first and second author independently coded a further 20 JCPs. Ratings were then compared, with any discrepancies resolved by altering the coding framework. The remaining JCPs were split between the first two authors. Finally, superordinate categories were created to represent the principal emergent themes. 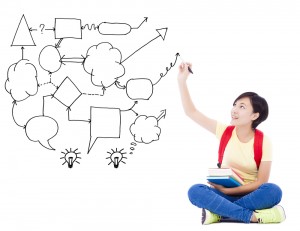 The researchers used a qualitative research technique called thematic analysis, which emphasizes pinpointing, examining, and recording patterns within the data.

Of the 285 service users randomised into the intervention arm of the study, 221 completed a JCP. The majority of those who did not complete a JCP had refused (n=41), while the rest were too unwell (n=9), or had been discharged from services (n=6). The non-completing participants had a slightly higher number of admissions in the 2 years prior to the study (Wilcoxon-rank-sum test, z = 2.05, p = 0.04).

Below are the two superordinate categories along with their respective themes found during analysis:

Specific treatments/strategies for dealing with crises 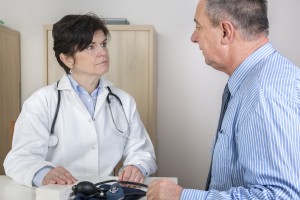 The study found that care should be respectful, flexible and involve the service user as much as possible.

These analyses indicate that the manner in which crisis care is delivered is as important as the individual treatment strategies, and should be respectful, flexible and involve the service user as much as possible. The JCP provides a structured protocol to deliver these aims, while facilitating an equal and productive discussion between clinicians and service users.

The two principal categories of request found during analysis were regarding the way in which treatment was delivered, and the specific treatments themselves. The content of the JCPs, analysed in this study by two independent authors, found that service users with psychotic disorders made clinically reasonable requests, given current treatment resources and guidelines. The data also indicated that current mental health service provision typically did not achieve the level of individualised care that JCPs could facilitate.

One clear finding was the preference for home treatment teams, allowing service users to retain a sense of control and continue to carry out ‘normal’ daily activities. It’s worth pointing out that although this is a reasonable and understandable request, findings regarding the effectiveness of crisis and home treatment teams in reducing hospital admissions have not been favourable overall. Nonetheless, a recent review showed a modestly positive impact of home treatment teams in reducing admissions specifically for those with a diagnosis of a psychotic disorder (Rosenman et al., 2013), and are thus a cost effective option for this population (Knapp et al., 2014).

The findings also appear to emphasise the need for multidisciplinary teams. For example, proper crisis care involves giving access to services at all hours, which one clinician alone cannot provide to service users. Different members of the same clinical or specialist team would present an ideal way to overcome the complexities involved in delivering mental health care.

On the other hand, the authors point out that having such a varied team could make it difficult for the clinicians who eventually treat the service user to be present during the JCP, creating a conflict between reliable access to help, and the continuity that participants voiced a need for during the trial. One clinician may agree to the original plan, but may not be able to ensure the content will be followed as they may not end up being responsible for treatment.

Nevertheless, contrary to clinician’s concerns, fewer than half of the service users made a refusal regarding proposed treatment options, and when refusals occurred, suitable alternatives were presented. The bottom line would then appear to be that service users, given the opportunity to be involved in their care, would make specific and reasonable requests regarding treatments currently available in standard care in England. Furthermore, this paper gathered a large number of crisis plans from four geographical locations in England, suggesting that the findings are generalisable. 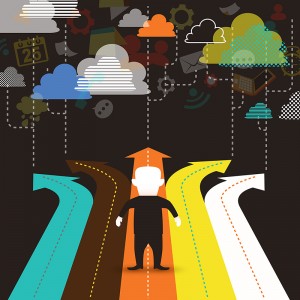 The study found that service users with psychotic disorders made clinically reasonable requests, given current treatment resources and guidelines.

Analysing the data from JCPs revealed that the way in which crisis care is delivered is as important as the treatments being employed, with an emphasis placed on being respectful, flexible, and involving the service user as much as possible, all of which are realistic goals in current NHS care delivery. JCPs themselves are an appropriate tool to facilitate an egalitarian, productive dialogue between clinicians and service users. Although some of the treatment requests service users make have the potential to create tension, such as wanting consistency but also variety of staff, at the very least, JCPs demonstrate the value of involving service users in the decision-making process regarding their care and that their detailed perspectives should be sought generally.

Last reply was December 14, 2014
Try out our members features!