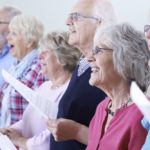 Unsurprisingly, cancer patients are not the only ones to be affected psychologically by cancer. Research has found that cancer carers are at an increased risk for depression and anxiety, when compared with the general population (Stenberg et al., 2010; Trevino et al., 2018). In fact, cancer carers are even more likely than the patients themselves to experience high levels of anxiety, while depression levels are roughly equal (Mitchell et al., 2013). This is a pressing concern because there are more than a million people in the UK looking after friends or family members with cancer, yet half don’t receive any support (Macmillan & Ipsos Mori, 2011).

Traditional support groups are poorly attended by carers (Sautier et al., 2014), perhaps because they are more likely to focus on the problem (cancer) which unites the members of the group, rather than facilitating an alternative (and distracting) activity that can be used to encourage social bonding. It has been found that social networks and support are what many carers feel that they are lacking, even more than the patients themselves (Mellon et al., 2016). Different psychosocial interventions, such as group singing, have been suggested as a possible better alternative to traditional carer support groups.

Group singing has been long and widely used for improving well-being, but only in the last 20 years or so has systematic research begun to explore how effective it actually is, and if so, by what mechanisms those benefits come about (Dingle et al., 2019). Research has highlighted the beneficial effects of group singing in both clinical and non-clinical populations, e.g. Bailey & Davidson, 2002; Clift & Hancox, 2001; Clift et al., 2010; or check out this elf blog from 2018 by Liesbeth Tip on community singing and mental health recovery.

The present study by Fancourt et al. (2019) adds quantitative evidence to this research base, by investigating whether a group singing intervention is an appropriate and effective way of reducing depression, anxiety, and increasing feelings of well-being for carers of patients with cancer. An earlier study by the same authors found qualitative evidence for group singing’s beneficial effects for those affected by cancer (a broader sample; including both patients, carers and staff) (Warran et al., 2019); so this study can be seen as a complementary addition to that work. 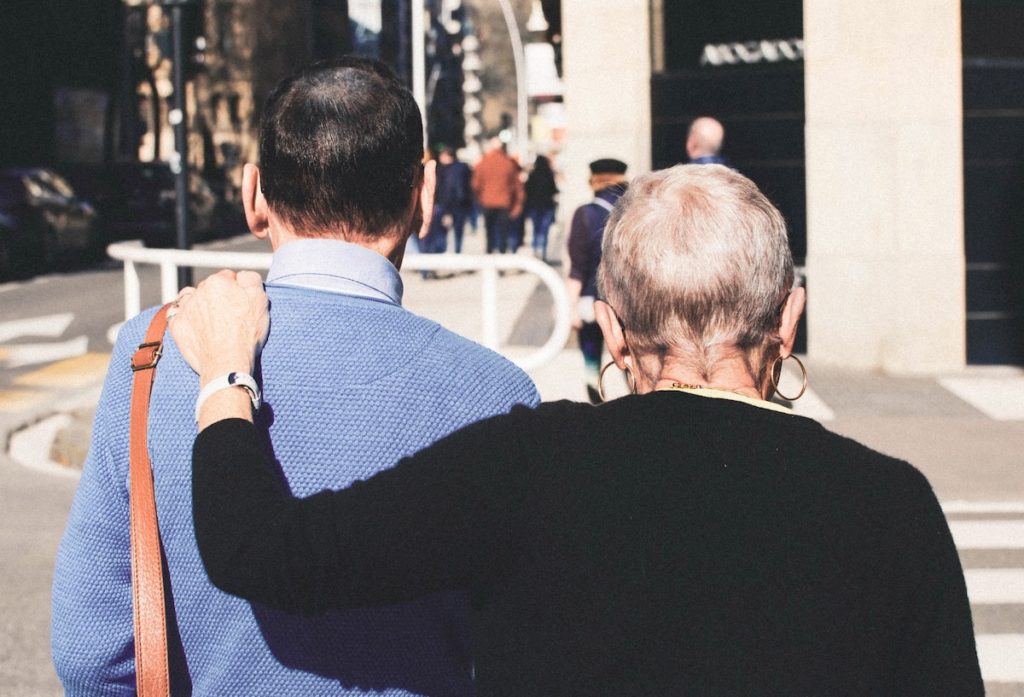 Carers of patients with cancer are at a higher risk for depression and anxiety than the general population, but half of them don’t receive any support.

62 participants enrolled, with 33 choosing to take part in a weekly choir group lead by a professional choir leader, and the remaining 29 participants served as the ‘control’ group by continuing as usual.  All participants were over the age of 18; had self-identified as currently caring for a spouse, relative or close friend with cancer; and were not currently engaged in a weekly choir or a formal course of psychotherapy.

The authors found that the two groups were well-matched in terms of demographic variables (including: age, gender, income, employment status, whether they had previously sung in a choir, confidence in singing, attendance of other musical activities, and length of time in a caring role); with the only difference between groups being ‘confidence in singing’; the experimental group being significantly more confident about singing than the control group.

The following measures were completed at baseline, again at 6 weeks and finally at 24 weeks: a) Hospital Anxiety and Depression Scale (HADS) for depression and anxiety and b) Warwick Edinburgh Mental Wellbeing Scale (WEMWBS) for well-being. Statistically, linear mixed effects models (LMMs) were conducted to explore changes in mental health and well-being over four separate time points, and between groups.

What many might consider an anxiety-inducing situation (singing in front of strangers!) was actually found by the present study to be precisely the opposite: 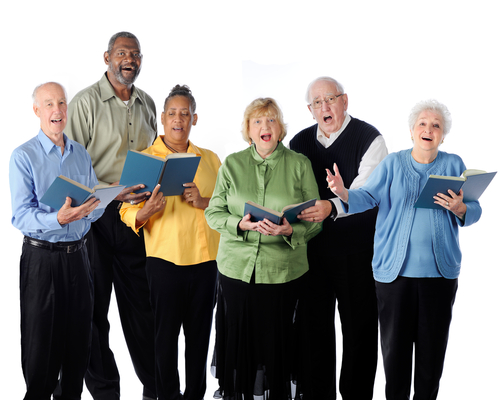 This research suggests that amateur group singing has positive effects on the mental health and well-being of cancer carers, lasting beyond the 12-weekly sessions.

this study builds upon previous research showing the mental health benefits of group singing for people affected by cancer by showing that weekly singing may also support anxiety and well-being in carers.

Their study is in line with previous studies finding that anxiety is a major concern for carers (Mitchell et al., 2013), and that singing helps anxiety rather than depression for people affected by cancer (Reagon et al., 2017). The authors connected the present findings with the results from their previous (qualitative) study which explored how singing might reduce anxiety.

Both studies seem to suggest that the group singing intervention achieves its beneficial effects by providing social support to group members, which in turn contributes towards ‘building resilience’ (Warran et al., 2019). 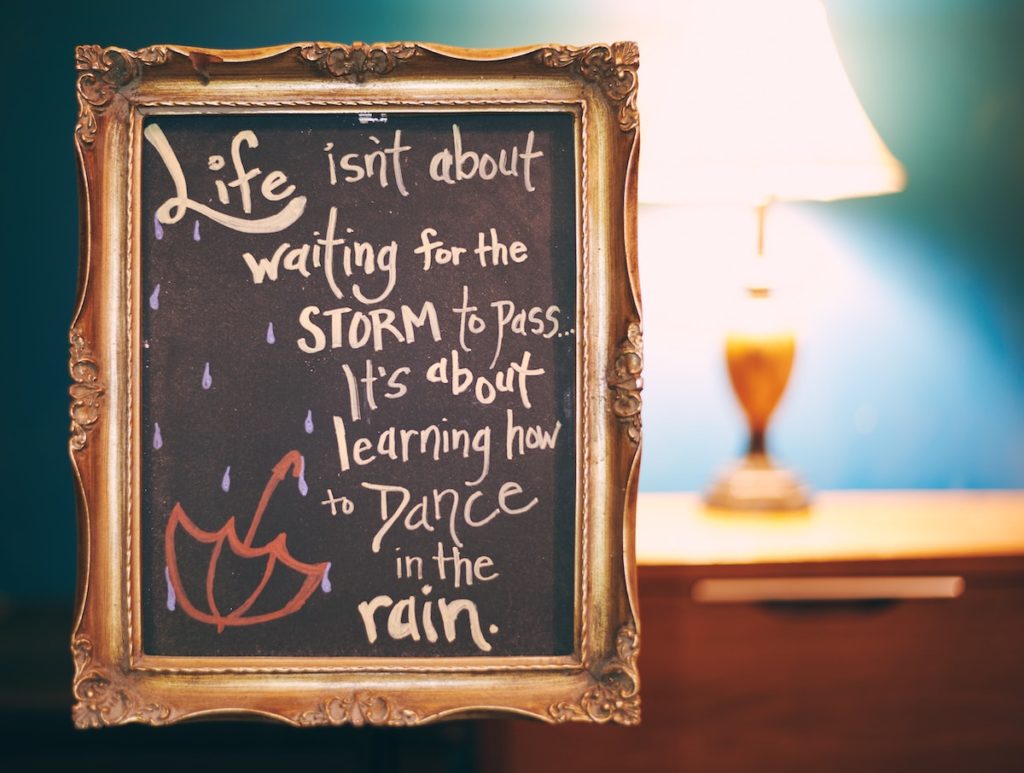 ‘Building resilience’ may be a key and underlying mechanism by which group singing has its beneficial effects on mental health and well-being.

The study has many strengths, and is a welcome addition to the existing literature on the mental health benefits of casual group singing interventions for people affected by cancer.

The longitudinal design allowed us to see that only 6 weeks of singing in the choir was not sufficient to instigate changes in anxiety or well-being, but 12 weeks was, and the benefits lasted beyond the choir attendance up to 24 weeks. This suggests that the benefits might be slow to accrue, but once gained, last beyond just the short-term or immediate enjoyment of singing itself. This would fit with the authors’ earlier suggestion that group singing benefits members via a building up of ‘resilience’ through a number of interrelated mechanisms.

Multi-model control and subgroup sensitivity analyses elucidated the study’s findings, allowing us to confirm that it was not confidence in singing (which was the only significant difference found between the groups) which explained the intervention effect.

This last point somewhat mitigated the major limitation of the study, acknowledged by the authors, that it was not a randomised controlled trial (RCT), because the modelling found both groups to be well-matched at baseline. However, the fact that it was not an RCT means that no causality can be inferred.

Another limitation of the study is that we cannot be sure that it is singing per se which was what explained the group’s positive outcomes on anxiety and well-being. Perhaps other social activities (such as team sports or gardening), could be as, or even more, beneficial. Therefore, it would be helpful for future research to compare singing interventions with other social group activity interventions in an RCT design.

One question raised but not answered by the present study was that 58% chose not to continue the singing group, so it would be interesting to find out what their reasons were. Future research could perhaps also look into the negative effects of group singing, to provide as unbiased a picture as possible.

And finally, we could of course add the study’s moderate sample size as a limitation, though this is often the case in psychosocial interventions research of this nature. Larger sample sizes will hopefully be used in future research that is inspired by the very promising avenue of research opened by the present study. 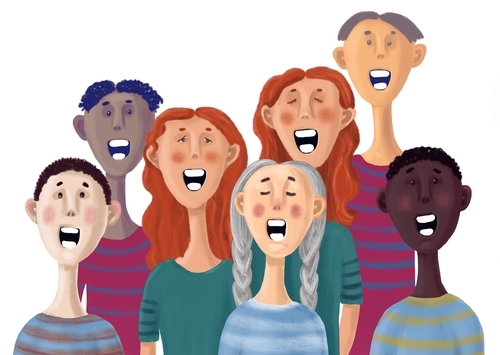 The present study joins a growing base of evidence finding positive effects of group singing on mental health and well-being.

This study is particularly topical given the increasing interest in social prescribing initiatives which operate according to shared assumptions; that social/community initiatives (as opposed to ‘traditional’ treatments) may be a currently under-appreciated resource that might ease the increasing strain on the NHS.

The present study’s group intervention counts as a form of social prescribing because the choir sessions were not ‘music therapy’, as they were lead by a professional choir leader and not a therapist. It is therefore a good candidate for a low-cost and low-commitment alternative to traditional therapy/support for anxiety and increasing well-being.

One might even hypothesise that, if its benefits are predominantly because of its social nature, (and not to do with the quality of the music, as such), the leader could be Peer Support trained, or more of a group facilitator rather than a music professional. This would make the group even easier and cheaper to run and organise.

The fact that 42% of participants in the choir group continued to attend the weekly sessions after 12 weeks suggests that it is an enjoyable and feasible intervention to roll out on a wider scale. 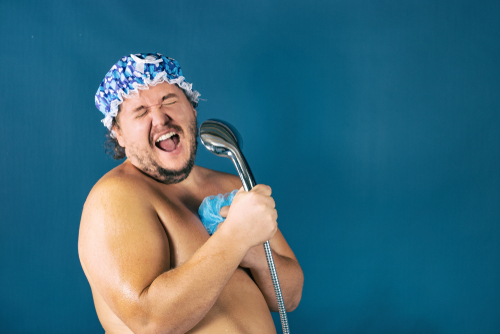 Nearly half of the participants continued attending the choir beyond the length of the experiment, suggesting that singing could be an enjoyable form of support for many.

Stenberg U, Ruland CM, Miakowski C. Review of the literature on the effects of caring for a patient with cancer. Psychooncology 2010;19:1013-25.

Mellon S, Northouse LL, Weiss LK. A population-based study of the quality of life of cancer survivors and their family caregivers. Cancer Nurs 2006;29:120-31.

Clift, S. M., & Hancox, G. (2001). The perceived benefits of singing: Findings from preliminary surveys of a university college choral society. Journal of the Royal Society for the Promotion of Health, 121, 248–256.