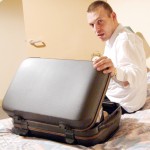 This Irish study looks at variations in the provision and correlates of respite breaks to families in the republic. Short breaks support family carers and demand for them often exceeds supply meaning that authorities have to ration the number and length of breaks available.

The study team analysed Irish National data on the use of respite breaks by over 4000 families in 2008 to examine variation within the country on two key indicators: the proportion of carers having access to breaks and the median number of days they received.

The authors found differences across health service areas on both indicators of usage. These differences could not be attributed solely to availability of provision but were found to reflect variations in criteria used by local services to allocate places. They also found that people with more severe disabilities were given priority, but that carer characteristics were not a major influence. Being in contact with social workers and community nurses also increased the likelihood of carers receiving respite breaks.

They suggest that intra-country comparisons could assist planners in creating more equitable access to respite breaks and explicit eligibility criteria for their use.

Access to respite breaks for families who have a relative with intellectual disabilities: a national survey, McConkey R et al., in Journal of Advanced Nursing 67(6), 1349–1357