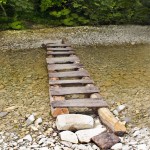 I was working on this blog in the week the Sparrowhawk Art Exhibition was on display at Lancaster University. The exhibition was a joyful, bittersweet celebration of art produced in response to the death of Connor Sparrowhawk. Connor was an 18 year old man with autism and epilepsy who drowned in the bath in July 2013 in an NHS Assessment and Treatment Unit (ATU). His death was found to be entirely preventable by an independent review. You can read more about what happened and the questions that arise for using evidence in practice at this Learning Disability Elf blog.

Connor’s mum, researcher Sara Ryan (who is the author of a study we blogged about here a while ago), had been writing about their families’ experience of ‘transition’ for Connor (known online as LB, short for ‘Laughing Boy’) on her blog ‘My Daft Life’. She wrote about their growing concerns for Connor and the future on offer for him, their frustration with statutory services (or lack of them) and the way in which as a family they were frequently excluded and ignored despite the amount of time and energy they invested in fighting for Connor. Their experiences resonated strongly with the stories I have heard many other families and are echoed in the article reviewed here.

Improving transition for young disabled people has been a policy priority since the early 2000s. Personalisation has emphasised the importance of choice, control and community based provision. However, as the author notes, a range of research demonstrates that transition for young people with Autistic Spectrum Conditions (ASCs) is often ‘particularly challenging’, the support on offer ‘problematic’ and that outcomes ‘tend to be poor’. This combines to create significant ‘caregiver burden’ for parents of young people with ASCs who often continue to provide significant levels of support as their children move into adulthood. 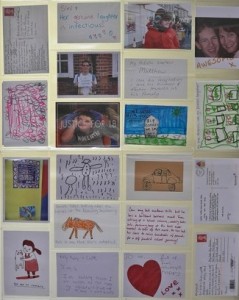 Postcards from the #107 Days campaign which celebrated the life of Connor Sparrowhawk and the lives, friends and families of young people with ASCs (Photo: Sara Ryan)

The research reported in this article was part of a wider Department of Health commissioned study ‘Transition to adult services and adulthood for young people with autistic spectrum conditions’ undertaken by researchers at the Social Policy Research Unit (SPRU) at the University of York (Beresford et al. 2013).

The project took place in five areas in England that had developed specific policies, pathways and services for young people and young adults with Autistic Spectrum Conditions (ASCs).

Questionnaires were sent to all parents of young people with ASCs who were known to services (Connexions, health, social care) in the selected sites. Parents who expressed an interest in being interviewed were contacted and following purposive sampling 38 parents representing 36 families and 37 young people were interviewed.

The interviews were analysed using the Framework approach (NatCen, 2012), where themes and sub-themes are extracted from the data.

There are some minor limitations of the project that were highlighted by the author. For data protection reasons the initial questionnaires were sent to parents by the local authority rather than by the research team and this may have influenced their decision to take part. It also meant the research only involved parents of young people who were in contact with services so did not talk to carers where they were either unable or unwilling to use statutory services. 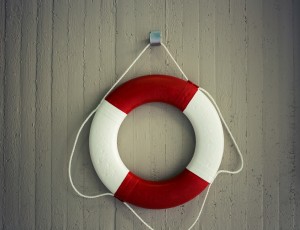 Parents often fulfilled the role of ‘life supporter’ and also spent a lot of time coordinating their child’s service provision. They struggled without adequate support.

Parents were found to take on two interrelated caring roles. The first was that of coordinator of their child’s service provision, for example arranging meetings with providers, researching and organising options and forms of supports, applying for funding and ‘chasing’ staff. While most parents take on a coordinating role in their children’s lives what is different here is the dominance of services (or lack of them). As the author notes

This role tended to be assumed in the absence of statutory services, or in the presence of support that they felt was not meeting their or their child’s needs.

The second role as life supporter, where parents continued to take responsibility for supporting their child at a time when many parents are starting to reduce or relinquish this role. This includes supporting tasks like personal hygiene, social activities and helping with decision making.

What characterised both roles was the lack of choice parents felt they had in taking on these roles that could be ‘burdensome’ and described with language like ‘struggle’ and ‘difficulty’.

For some families the caring role was ‘engulfing’ taking up substantial time and energy often leading to compromises in other areas of their lives particularly employment. This impact appears to increase with their child’s age and especially at a point where parents would usually expect to be enjoying greater flexibility in parenting

the absence of life choices for adults with ASCs bring an absence of choice for parents when their caring roles extend in response.

However, this was seen as the result of inadequate and limited support from statutory services not the consequence of their child’s needs. The diagnosis the child had been given did not appear to be a factor in how the transition process was experienced.

The emotional experience of taking on these roles was described in strong terms by the parents interviewed:

There were high levels of concern and anxiety created by uncertainty about their child’s future, whether this was due to current uncertainty or anxiety about what the future would hold.

Parents raised very practical concerns about where their child would live and who would provide support but also much more fundamental questions about ‘what place there would be in society for them’.

This meant some parents were unable to ‘look ahead’ particularly to when they would no longer be able to support their child. This emotional impact had a significant impact on the mental wellbeing and physical health of many of the parents.

The research identified a number of protective factors which appear to mitigate the negative impacts of the transition process:

The author concluded that

In the perceived absence of service support, parents’ acted as ‘care-coordinators’ and ‘life-supporters’ for their child as they moved into adulthood. These roles came with little choice, emotional demands and personal restrictions. Being supported was important for parents, but preferences differed regarding what this should look like.

This research provides robustly produced evidence to support what has been well known amongst families for a long time.

Parents want to support their children with ASCs as they enter adulthood and have a great deal to offer but frequently find this role burdensome and unsupported by statutory services.

The promises of personalisation are getting lost under the weight of the bureaucracy and organisation required of parents and a lack of meaningful good quality community based options for young people with ASCs to participate in. 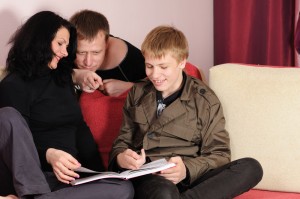 Parents want to support their children with ASCs as they enter adulthood but frequently find this role burdensome and unsupported by statutory services.