Home » Posts » Populations and settings » family carers » Parenting skills support programme effective for some parents, but must be tailored to individual circumstances 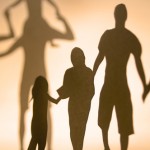 Many parents seek support to enhance their parenting skills. A well-known program called ‘Triple P’ works with parents across different stages of childhood and adolescence. Among these parents, many have children with disability, including children with intellectual disability and/or autism, and would like support. These parents may seek specific skills relevant to supporting their child with disability.

‘Mainstream’ parenting programs are often delivered in a group format. Some of these programs have been created, modified or adapted for parents of children with disabilities (for example, from Triple P, developers created ‘Stepping Stones’) (Sanders et al. 2004, Sofronoff & Farbotko, 2002).

This study evaluated a parent programme called Riding the Rapids: Living with Autism or Disability. This program was developed specifically for parents of a child with disability or autism spectrum condition. 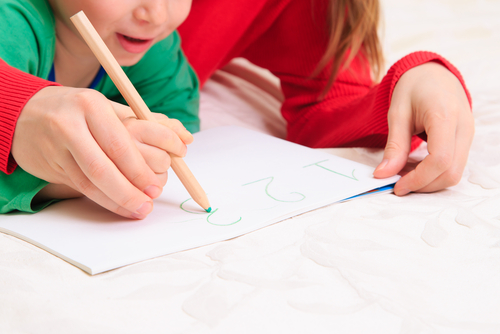 Many parents seek support to enhance their parenting skills.

Riding the Rapids was developed by a multidisciplinary team in 2007 and has been routinely delivered in certain locations in the UK.
In this study, the authors took steps to evaluate whether the program led to improvements in child behaviour and parents’ sense of competence as parents.

To do this, the authors conducted a ‘pragmatic, non-randomised controlled trial’. This means that participants were non-randomly allocated to two different groups: 48 parents were allocated to an intervention group (and participated in Riding the Rapids) and 28 to a comparator group (who received a recruitment pack in the post). Both groups were followed over time.

To allow the real world application of the programme to be measured, Riding the Rapids trainers were allowed to stray from the manual to allow for differences in the parental groups.

The authors also measured cost to the service providers of delivering Riding the Rapids. 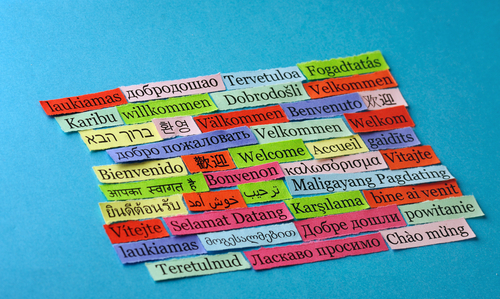 Riding the rapids, with its low drop out and high attendance, was found to be effective for at least some parents, particularly for improving parental satisfaction and helping parents to address specific challenging behaviours. But, after the intervention finished, results varied, leading the authors to conclude that “ parenting support should not be delivered using a ‘one-size-fits-all’ approach […] Some parents may also need additional longer-term support to maintain these benefits and generalise their newly learnt skills”.

The authors took a good approach by adapting methods to test the real world application of a parenting program that has already been developed and piloted. A risk is that it may not be considered as rigorous as other trials, where participants are randomised to different groups and the researchers are blinded to the participants and outcomes. However, researchers must be aware of the importance of sustainability of programs they develop and evaluate; a less rigorous study of a real program could be considered stronger than other controlled trials in many ways.

A small critique of the authors is their use of terminology around ‘disabled children’ – and one does wonder why they haven’t developed a people first approach to their language (e.g., children with disability). This may have been a change by the journal editors, but given the importance of inclusive language, it is noteworthy.

The authors have found that group-delivered parenting interventions can be effective for at least some parents. But, the findings of this study highlight the need to recognise that every family is different. A commonly spoken adage is that “Once you’ve met one person with autism, you’ve met one person with autism”. This is true for all children, parents and families. The authors remind us of the importance of the needs of those from different ethnic and cultural differences. Future research should consider not only English as a second language, but cultural issues around parenting and disability. 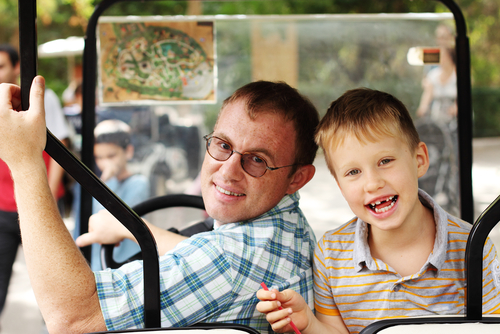 As with so much research in intellectual disability and autism, limited availability of outcome measures that have been shown to effectively work with participants with disability makes it difficult to conduct inclusive research. Without measures that have been shown to be rigorous and acceptable to those with intellectual disability and autism, it is difficult to be confident in results.

Interestingly, the authors also call for more research testing generic versus disability parenting support interventions. Such research must consider not only effectiveness, but acceptability and accessibility of ‘mainstream’ interventions to parents of children with disability and, ideally, children themselves.

It appears that we still have a lot to learn about how to better support families, but interventions such as Riding the Rapids are making important first steps.

Triple P Stepping Stones for Parents of Children with a Disability. Accessed at http://www.triplep-steppingstones.net/au-en/home/ on 7 November 2014.

For a wonderful blog entry about the benefits of being a ‘stubborn parent’, please see http://mumma-love.com/2014/10/23/the-virtue-of-stubborn/.

Sanders, M. R., Mazzucchelli, T., & Studman, L. (2004). Stepping Stones Triple P: The theoretical basis and development of an evidence-based positive parenting program for families with a child who has a disability. Journal of Intellectual & Developmental Disability, 29(3), 265–283

Last reply was November 17, 2014
Try out our members features!