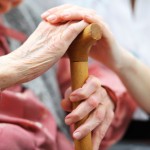 Caring for someone with dementia can be stressful, but also very rewarding (Sutcliffe et al., 2015). The more the condition advances, the more reliant are people with dementia on their family members in everyday activities, such as managing medication or preparing a hot meal but also in other day-to-day decisions around care and support (Giebel et al., 2015).

This means that carers are not only emotionally attached to their partner, parent, family member or close friend, but may also experience stress and tiredness that can be associated with intensively caring for a loved one with dementia. So when the person with dementia is temporarily or no longer under the full-time care of the carer, this can be quite stressful because of several reasons, as the research examined in this blog explores.

One example where carers have to give up their full-time caring role temporarily is when their relative with dementia is hospitalised. This can be concerning in itself due to the physical problems their relative is experiencing as a cause for being hospitalised.

In this blog, I am looking at a recent qualitative study by Bloomer and colleagues (2014) from Monash University in Australia, who have explored the various experiences of family carers of people with dementia who are hospitalised. 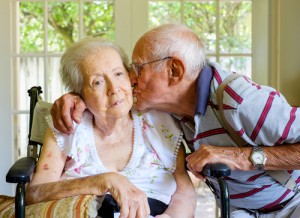 How does the family carer feel after a hospitalisation of their loved one with dementia?

The authors conducted a qualitative study through in-depth interviews with family carers of people living with dementia. They report that the sample ‘included spouses, adult children and friends of the persons with dementia, ranging in age from 34 to 92 years, with the majority in the 70s and 80s. There was an even gender distribution’.

The interviews were held in a 60-bed specialist hospital facility for older people in Melbourne, Australia.

Using a conversational approach during interviews of up to 45 minutes (with the average duration being 25 minutes), the research team interviewed English-speaking adult carers.

All interviews were transcribed and were subject to thematic analysis. Every member of the research team listened to and read the interviews several times, to make sure they picked up every important detail, and subsequently analysed the data.

In total, 20 family carers were interviewed. Most carers were spouses, and thus many were co-residing with the person with dementia. It is interesting to note that carers said that the study in itself was ‘a relief’, as it offered them the opportunity to discuss and share their experiences. Overall, four main themes emerged from the thematic analysis:

Carers stated that they felt ‘lost’ after their relative’s hospitalisation, because they temporarily had to give up their caring role, which in many cases was a full-time job.

Carers reported feelings of a loss of control. This is related to the first theme, in that carers lost being able to contribute to decisions about the type of care received in the hospital, and so felt undervalued as their expertise in the care for their relative was not drawn upon. 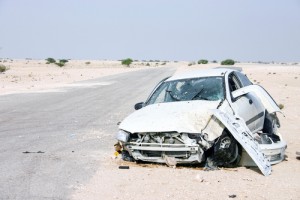 For some carers, it felt as if they lost control of the situation.

Many carers believed that the hospitalisation of their relative needed no improvements. However, some people expressed concerns that healthcare professionals should consider the expertise and needs of the carers.

Family caregivers have few opportunities to talk freely about their feelings about the patient’s care and how the hospitalisation affects them personally. It is important that they are well supported and given the opportunity to talk about their issues in a safe space. 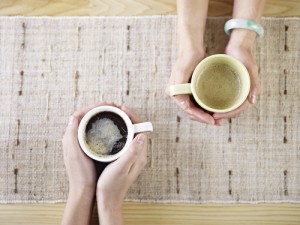 It is important to create safe space for family carers to talk after the hospitalisation of their loved ones.

There are few limitations to this study, none of which were mentioned by the authors:

One possible shortfall is that only English-speaking carers were interviewed. Understandably, there are language barriers in qualitative research (also in quantitative obviously!), but we often do not capture a more complete picture of dementia and carers by making efforts to include people from black and ethnic minorities whose first language may not be English.

There may be specific cultural issues that effect the way carers from different ethnic minorities feel about the hospitalisation process, which would give us a richer picture of the research theme ‘opportunities for improvement’. But maybe this is one for future research!?

Overall, I thought this was a really insightful study about one of the two important people in the dementia situation – the carer. People often forget about the people surrounding the person with a condition, but without the carers, most people living with dementia would not be able to live independently in their own homes for as long as many do.

Along with the person living with dementia, carers have insights and expertise into individual strengths and preferences that should be seen as an asset for hospital and health as well as social care.