Home » Posts » Populations and settings » employment » Research culture: what researchers think of the culture they work in 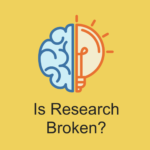 Mental health in the workplace has been of recent and growing interest, with initiatives such as Time to Change, a pledge by employers to improve awareness of mental health at work, growing momentum. However, the Stevenson & Farmer review Thriving at Work (PDF) which was commissioned by the government in 2017, points outs that “the UK faces a significant mental health challenge at work.”  They argue that one in six people in employment are experiencing mental health problems, much of which is undisclosed, and that this comes at a significant human cost to employees as well as employers through absenteeism, presenteeism, reduced productivity and staff turnover.

Some areas of industry have been addressing this with promising results from investments made in improving mental health in the workplace (Stevenson & Farmer, 2017). However, progress in the academic and research sector appears to be lagging behind; to date there is very little research in this area and limited access to wellbeing support services on the ground.

Universities are now starting to think more about student wellbeing with an influx of initiatives to raise awareness of mental health issues amongst the student population. However, there has not been as much consideration of the impact of working in this sector on staff who are managing student stress and their own pressures for academic performance in a very competitive environment.

When I recently spoke to our Wellbeing Team at UCL (the University where I work), I was told that UCL had invested in 68 wellbeing support workers for our 42,000 students (that’s one worker for every 600 students). This contracts starkly with the 2 wellbeing support workers we have employed for our 14,000 members of staff (that’s one worker for every 7,000 staff).

A recent report, commissioned by The Wellcome Trust, set out to explore culture in research settings and the impact that this has on research staff. Specifically, Wellcome asked: are policies, incentives and assessment processes, leadership approaches or other factors undermining research?

Their stated aim was to generate a rigorous foundation of data from which to better understand current research culture and create targeted interventions to improve this. This work was supported by a social media conversation at #ReimagineResearch. 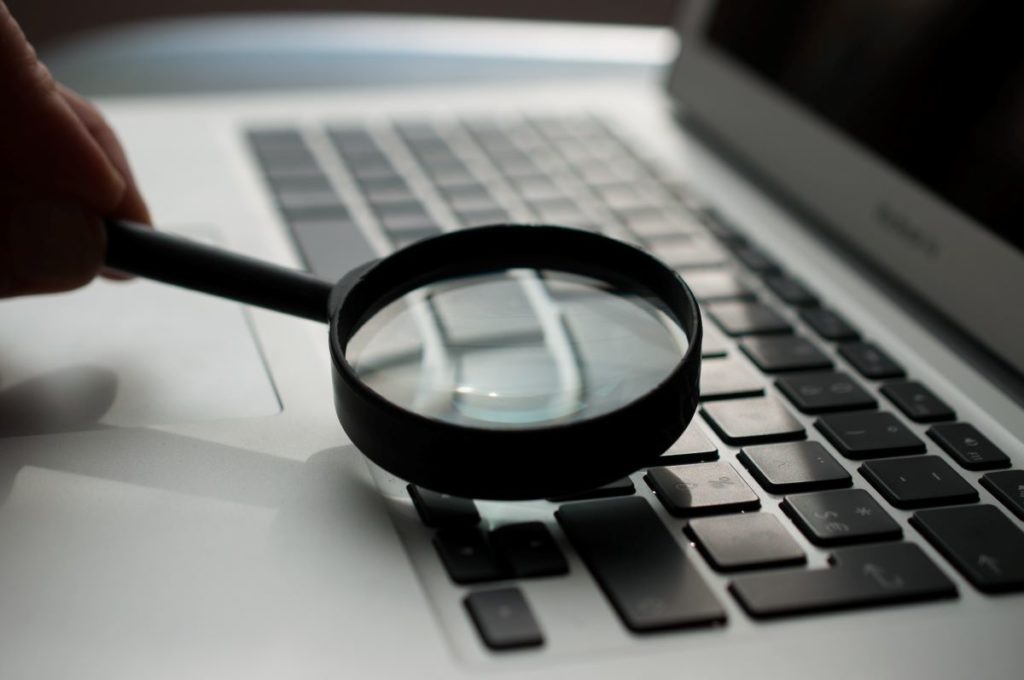 Research into research is urgently needed to better understand and support research staff who are working in an increasingly pressurised, competitive and uncertain environment.

To investigate researchers’ experiences of research culture, Wellcome commissioned a specialist market research agency (Shift Learning) to undertake a study on their behalf.

94 UK researchers took part in individual interviews exploring their perceptions of research culture. Of these, 81 worked in higher education, 5 in non-university research institutes and 8 in industry. They represented a range of demographics, disciplines and career stages (PhD students to late-career researchers).

Four further workshops in London, Manchester and Glasgow, each involving nine researchers were conducted. A range of demographics, disciplines and career stages were represented.

4,267 researchers completed an online survey to build on findings from the previous qualitative phase. Respondents were self-selecting, so not necessarily representative of the general researcher population. The survey was open worldwide although most respondents were from the UK (76%).

Researchers were passionate about their work, seeing it as a vocation, not just a job. They did not expect their working environment to be like an average office job, recognising that certain working practices, such as long hours and solitary activities, were more standard in research settings. However, many felt that problems in research culture were becoming more apparent and there was real concern about how sustainable current systems were and the high personal cost on researchers themselves.

Research cultures varied between organisations, but most said that their working culture was best when it was collaborative, inclusive, supportive and creative, when researchers are given time to focus on their research priorities, when leadership is transparent and open, and when individuals have a sense of safety and security.

But too often research culture was not seen as at its best. While most researchers felt that their sector was producing high-quality outputs, they also said that conditions were being worsened by a complex network of incentives from government, funders and institutions that seemed to focus on quantity of outputs, and narrow concepts of ‘impact’, rather than on real quality. The upshot was that they felt intense pressure to publish, with too little value placed on how results are achieved and at what human costs.

60% of researchers agreed with the statement that “creativity is welcomed within my working environment in all its forms” but 75% also agreed “creativity is being stifled due to research being driven by an impact agenda/emphasis on impact.

Researchers accepted competition as a necessary part of working in research, but thought that it was often becoming aggressive and harmful and they had widespread concerns about job insecurity.

42% of the researchers who responded to the survey endorsed the statement “unhealthy competition is present within my working environment” and 78% endorsed “high levels of competition have created unkind and aggressive research conditions.

While many researchers enjoyed and felt equipped to manage their teams, those being managed were often missing out on the critical aspects of good management such as feedback. And worse, many had experienced exploitation, discrimination, harassment and bullying.

I suppose it’s that culture that, in an institution which ostentatiously and explicitly values research very highly, and gives credit and promotion, and glory to those who get big grants, then it empowers people whose attitudes and personalities can be quite selfish, and unhelpful.
– Late career researcher.

What impact is poor research culture having on people, organisations and wider society?

The authors of the report point out that these cultural problems have consequences, with concerns falling into three categories:

For researchers, poor research culture is leading to stress, anxiety, mental health problems, strain on personal relationships, and a sense of isolation and loneliness at work.

For research, the perceived impacts include a loss of quality, with corners being cut and outputs becoming increasingly superficial, problems with reproducibility, and the cherry-picking of results and data massaging.

For society, the dangers were a loss of talent from the sector and a reduction of real innovation and impact resulting from a narrow set of priorities, as well as a loss of trust from the public. 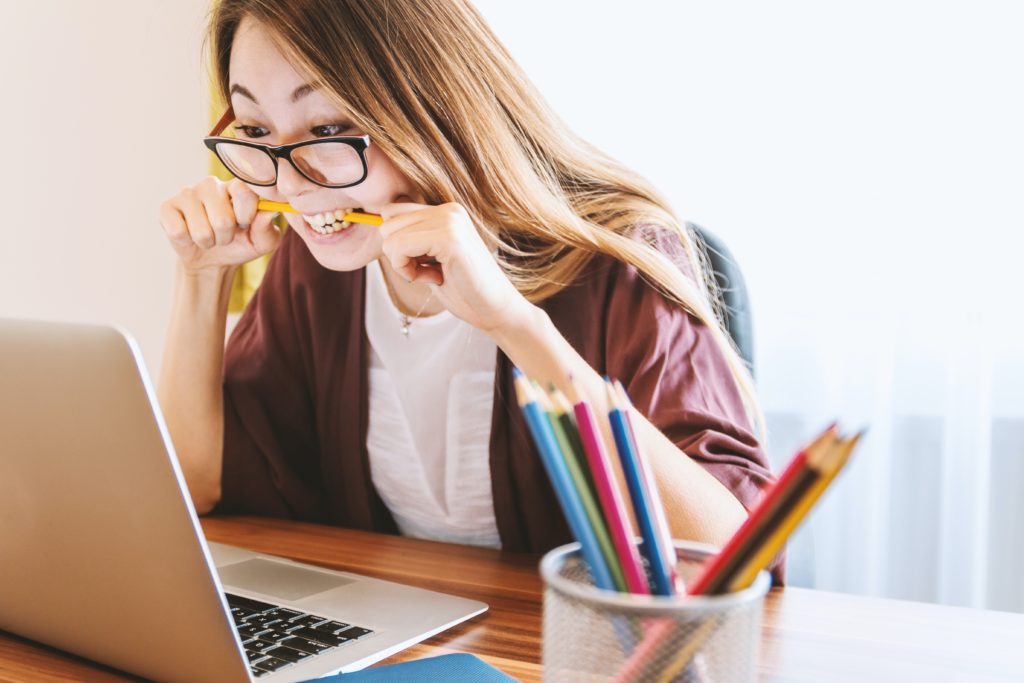 For researchers, poor research culture is leading to stress, anxiety, mental health problems, strain on personal relationships, and a sense of isolation and loneliness at work.

How can we improve research culture?

Researchers were keen to support improvements, and they had many suggestions, including: 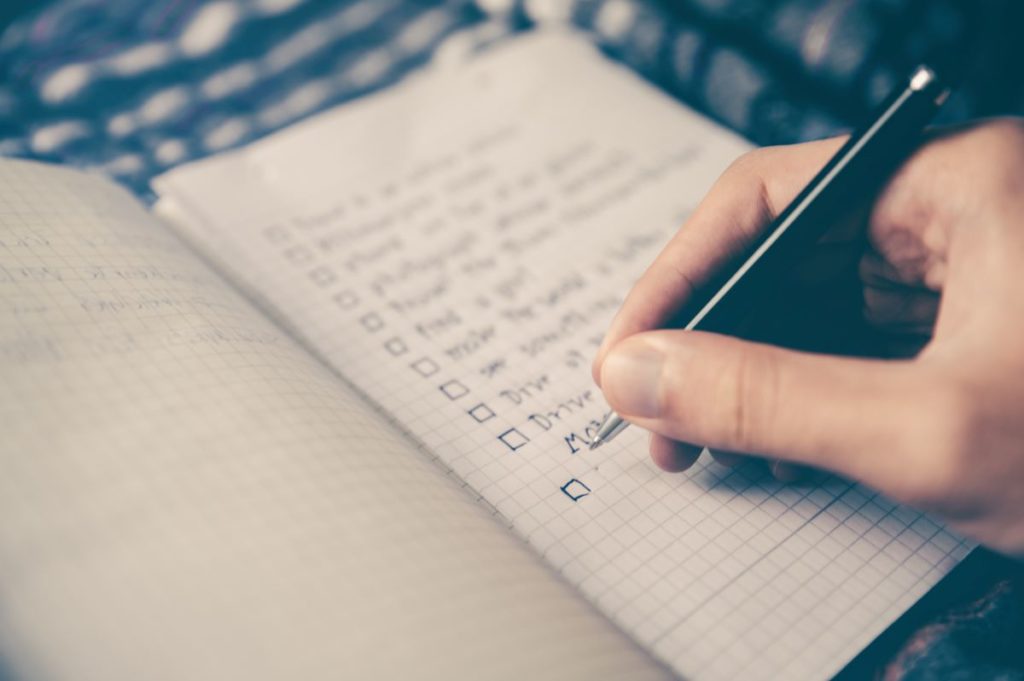 The authors of the report conclude that their findings provide clear evidence that there are widespread problems in research culture. They suggest that those who fund, publish, evaluate or conduct research can now use this evidence as a starting point to implement changes.

As Jeremy Farrar, Director of The Wellcome Trust, implores:

“These results paint a shocking portrait of the research environment – and one we must all help change. A poor research culture ultimately leads to poor research. The pressures of working in research must be recognised and acted upon by all, from funders to leaders of research and to heads of universities and institutions.” 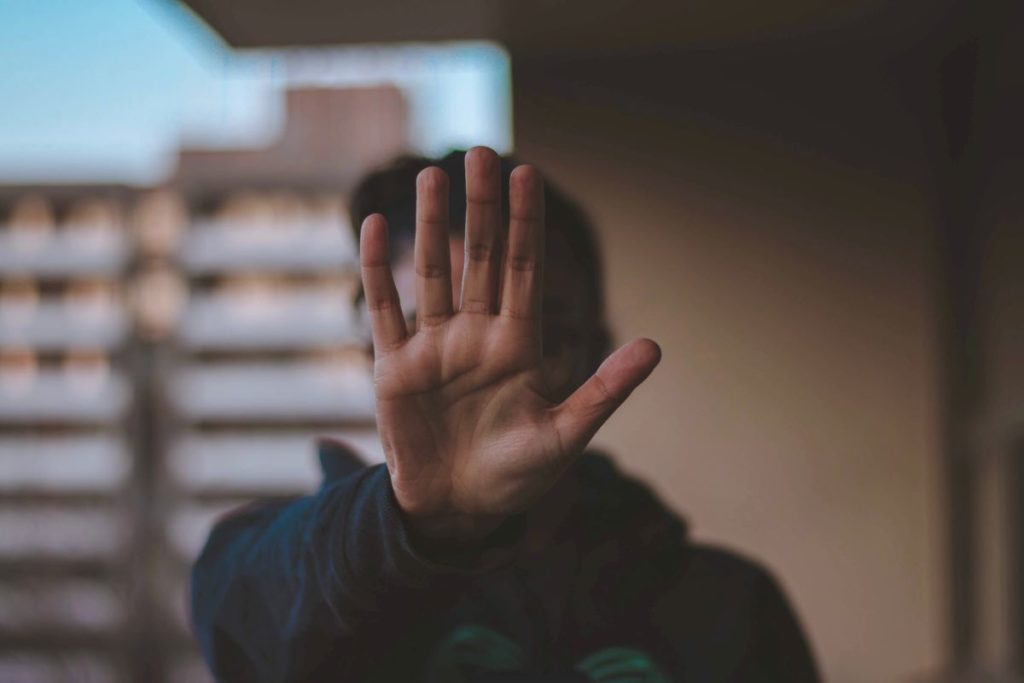 “The pressures of working in research must be recognised and acted upon by all” – Jeremy Farrar, Director of The Wellcome Trust.

Whilst a worthy and insightful undertaking, this report is not a traditional piece of research written for and published in a peer reviewed journal. Therefore, it is subject to some specific limitations.

Nevertheless, this report will hopefully serve to provide a springboard for further research in this area and incite actions from academic and research institutions to protect their staff. 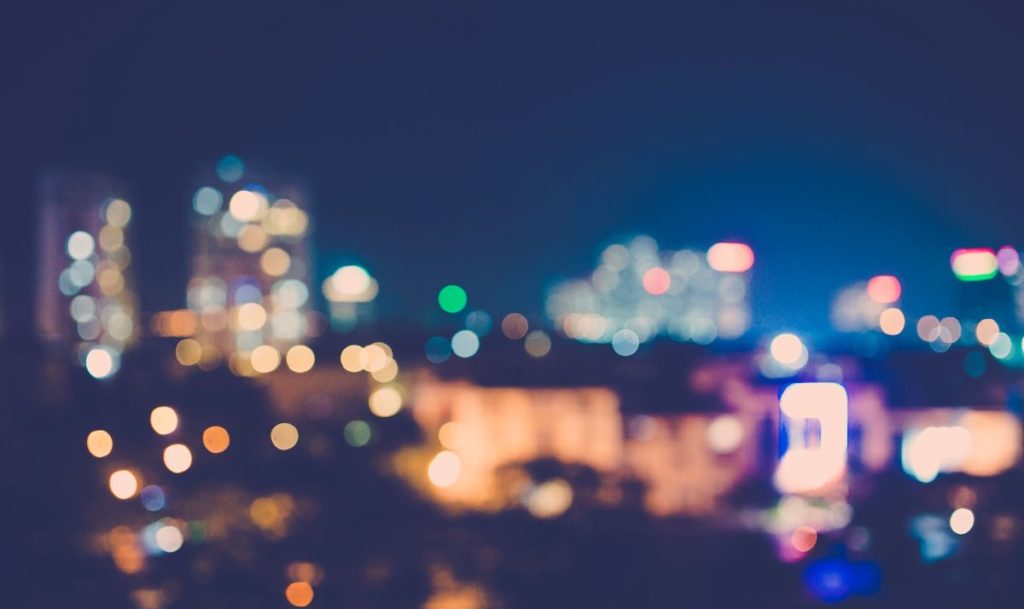 This report offers a hitherto unique insight into the impact of research on researchers. However, it is very hard to ascertain the quality of this research.

Despite the above-mentioned lack of information about research processes and procedures, this report does draw attention to a detrimental impact on staff working in research settings, which can hopefully no longer be ignored.

As Jeremy Farrar, the Director of Wellcome implores: “the pressures of working in research must be recognised and acted upon by all”. Hopefully this report will ignite discussions and motivate change in how staff are supported in research settings by, and for the benefit of, all of us with a vested interest in research. 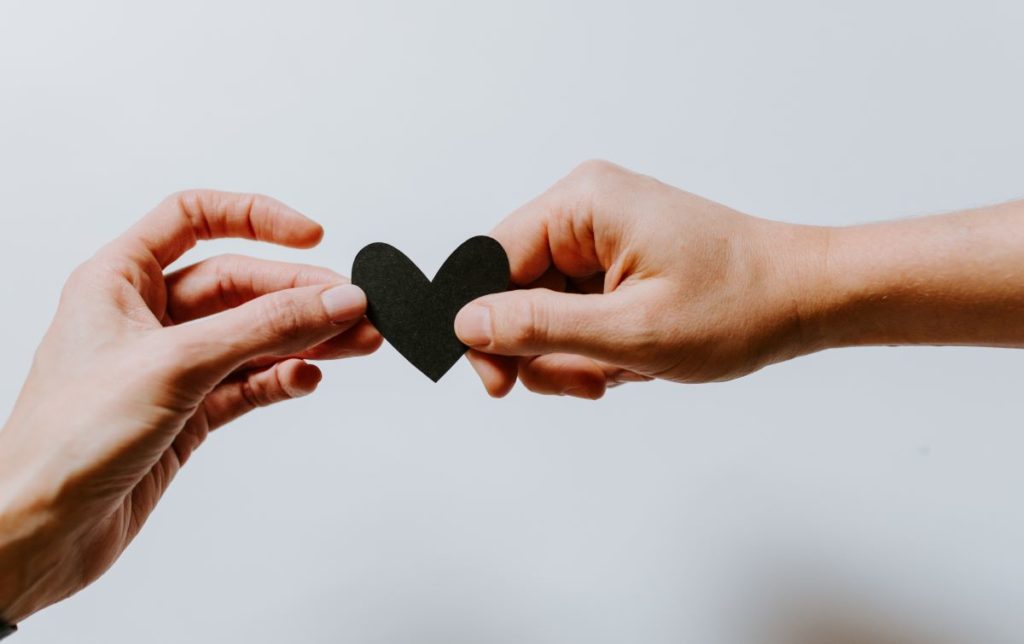 This report should ignite discussions around workplace culture and how research staff are supported.

Jo Billings has recently gained a funding award from the UCL, Bloomsbury and East London Doctoral Training Partnership to offer a PhD studentship to further explore the impact of working in research on the mental health and wellbeing of researchers.

The Wellcome Trust (2020). What Researchers Think About the Culture They Work In.

Time to Change (2020). Get your workplace involved.