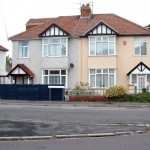 Helping people with learning disabilities to move out of hospitalised, institutional settings began in Ireland in the 1970’s, when it was deemed that more could be gained through community involvement than remaining within these care settings. Drawing similarities with The Same as You (2000) in Scotland and Valuing People (2009) in England, the Report of the Working Group on Congregated Settings (2012) found that better quality of life could be experienced for people with Learning Disabilities living within a community, if provided with appropriate care and support for their health and social needs.

This study sought to evaluate the outcomes of a community living service initiative on the outskirts of Dublin, which began the move towards community living strategies. In line with personalisation agendas recognised in the UK, these self-contained living units were designed and run using a person-centred approach. This paper aimed to explore tenant opinions on their new and old residential living facilities, examining to what extent these new living arrangements positively impacted on their community involvement.

A qualitative descriptive approach was undertaken, which involved semi-structured interviews carried out at the home of participants or over the phone. Five of nine residents with mild to moderate learning disabilities were interviewed, three female and two male, as well as two family members chosen by the residents. Interviews lasted 30-45 minutes for residents with learning disabilities and 60-90 minutes for relatives, using accessible language for each interview. All interviews were recorded and transcribed, using question themes to code main findings. 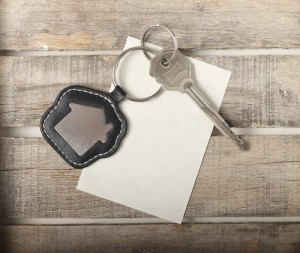 The researchers explored what tenants thought of their new and old residential living facilities, and their involvement in their new communities

Moving to and living in the community

Those interviewed were generally happy to have moved into their new residential setting and had been given a say in many aspects of their surroundings, such as décor. Some respondents however, felt that they had not got what they had been promised with regards to living alone and found themselves sharing accommodation with others with learning disabilities. Moreover, family members felt that they were coerced into accepting the move out of the institutional setting or risk settling for a much less suitable alternative.

Moving in to more individualised accommodation resulted in higher levels of pride and feelings of achievement associated with having more space in which to express their personalities and more control over the privacy of that space.

New residential spaces opened new possibilities, for example, learning to cook and clean and financial autonomy. This lead to more personalised living spaces and experiences which suited hobbies and interests. Freedom to take part in new activities was not previously available within institutional living environments, even in doing everyday tasks. This highlights the difficult balance between service recipients’ right to independence, and service providers’ duty of care. More Independence resulted in more responsibility, ranging from promoting self-advocacy to payment of expenses, an aspect which was not widely welcomed by residents.

Residents experienced worries with regards to perceived threats and unknown risks associated with their new environments and so, this had a negative impact on integration onto the surrounding society. Feelings of insecurity were also increased by a sudden drop in the staffing numbers and patterns as compared to their former institutional residence, resulting in increased loneliness. It was recognised that these are problems experience by many elderly residents but that these are exaggerated by their previous experiences on institutional care.

The absence of 24 hour staff was viewed by residents with mistrust as they still expected a high level of care which could not be provided under the running costs of the community living unit.

While some residents had begun to make connections in their new communities, many felt more isolated than in the institutional setting. Most kept up connections with their old lives, attending the same day centres etc but reported more regular visits with family members.

Elements of institutional living remained within community settings despite residents living a more independent life. This may be due to the age of the respondents in the study. The community living unit was termed a ‘satellite’ of the institution, since both residents and staff were brought in from these backgrounds, carrying with them an institutionalised mind-set which could have contributed to lack of social integration within local communities.

Chowdry and Benson (2011:262) suggest that ‘in the community does not mean of the community’ and so, the setting of the unit on the outskirts of Dublin, is geographically and demographically unsuitable. This supports claims for preparation of the community itself in order for them to more easily integrate people within learning disabilities into their communities.

This mirrors Metzel’s (1998) doctoral study into deinstitutionalisation in Baltimore. She found that many people with learning disabilities experienced further community isolation since they had few connections in the communities in which they now lived.

This gives weight to suggestions made for meticulous planning, which recognises all aspects of community integration beyond placing those with learning disabilities in new, smaller, semi-institutional settings. 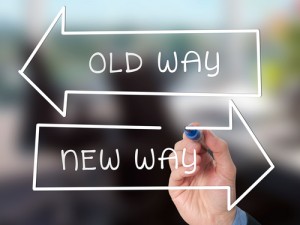 The paper recognises the limitations of the generalisability of the findings but plays down the importance of a ‘total framework’ in which location, history, support and sociality are key in assessing community housing, before implementation. These are complex and subjective issues which may not only be connected to institutionalisation but also to a lack of decision-making opportunities.

A further strength is the inclusion of the voices of those with learning disabilities, prioritising their views over pre-supposed evidence from the literature or non-learning disabled others speaking totally on their behalf.

The paper is limited in the depth of the data gathered by solely using sit-down interviews. A study into community integration could have benefited from walking-talking or more fluid interview practices. 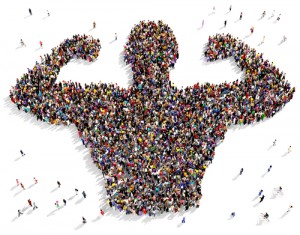 Chowdry, M. and Benson, B.( 2011) Deinstitutionalisation and quality of life of intellectuals with intellectual disability: a review of international literature. Journal of Policy and practice. Vol. 8(4), p.p. 256-265.