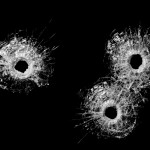 A new cross-sectional study published in the British Journal of Psychiatry has assessed the prevalence of violent victimisation amongst a group of people with severe mental illness, in comparison to a control group (Khalifeh et al, 2015).

Being a victim of crime, whether violent or non-violent, is associated with important longer term health consequences across domains (Resnick et al, 1997). In particular, victimisation is understood to drive worse clinical and functional outcomes in people with established mental illness.

In the general population, risk of victimisation is usually understood to be influenced by sociodemographic risk factors, as well as the characteristics of neighbourhoods in which people live (Brennan et al, 2010; Zedner, 2002).

Clinical experience indicates that victimisation is common among people with mental illness, particularly among those receiving intensive or longer term service contact, who are sometime defined as suffering from “serious mental illness”, or SMI, by health services.

A small number of studies have demonstrated very high prevalences of victimisation in populations with serious mental illness. For example, a 2003 study described a prevalence for violent victimization of 16% among a sample of patients with psychotic disorder (Walsh et al, 2003). However, few studies have compared these estimates with a control sample from the same underlying population as the cases.

This BJPsych study assessed the sociodemographic characteristics of victimised individuals with SMI, and compared it with a series of non-SMI controls. 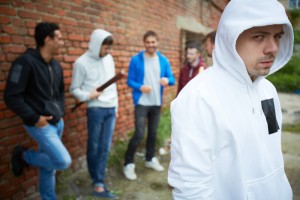 Neighbourhood characteristics and sociodemographic factors influence risk of victimisation in the general population.

For the patient survey, caseload lists of patients receiving key work by community mental health team (CMHT) clinicians were randomly sampled to identify the study population. These people were then asked to participate in the study, recruited and then interviewed about their experiences of crime.

Participants were all adults in care for one year or longer, and resident in the community (not in residential care). The participants had to speak English, provide capable consent, and be available for interview. 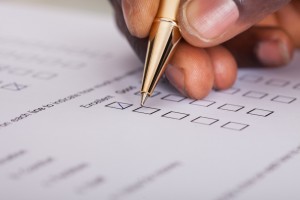 Survey data was compared between patients in mental health services and the general population from the national crime survey.

1,099 patients were randomly selected from CMHT lists. 63% were eligible, of whom 52% agreed to take part. The odds ratio for case-control status for the victim of any crime was 2.8 in favour of the cases. Of note, only personal acquisitive crime was not significantly raised among cases compared to controls.

In the evaluation of acts of violence, the investigators found more violent victimisation in the cases than the controls in both men and women, but the elevated risk in women was much greater. 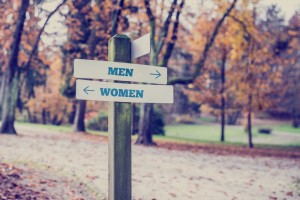 The study found that women with severe mental illness are at greater risk of violent crime than men. 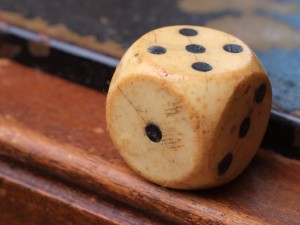 Compared to controls, service users with severe mental illness are 5 times more likely to be victims of assault.

The authors are explicit about the limitations of the study, and the conclusions are modest. Comparisons of victimisation rates in SMI with a relevant control group are rare; this study was relatively large, and appears to have been designed with this particular study objective in mind.

The response rate was very low (nearly half of people asked to participate chose not to), but any bias introduced by this probably led the estimates of excess victimisation prevalence to be less, not more pronounced. The investigators conclusions would be unlikely to have changed had this bias not been there.

The researchers could have collected some basic characteristics of non-responders from care coordinators (e.g age, gender) in order to assess whether non-responders were very different from responders. The role of neighbourhood characteristics, which are known to consistently influence the likelihood that you are victimised (Sampson et al, 1993), was not directly measured or assessed, as the researchers investigated the questions within a single study area. The effect of area of residence on the risk of victimisation in people with SMI remains an open question.

In conclusion, this study is important. People with SMI in London are at ongoing elevated risk of harm from other people, and it’s likely that there is an urgent unmet need within the NHS mental health service user population.

Although the findings are unsurprising, it is very clear that researchers have tended to focus on mental illnesses as driving the perpetration of violence, rather than investigating why SMI populations report so much violence at the hands of other patients, and the community at large.

More descriptive data, more detailed time measurement of violence exposures, and richer measurement of the experiences of patients with SMI is crucial to developing interventions to reduce violence in these people, and to evaluate and implement them effectively. 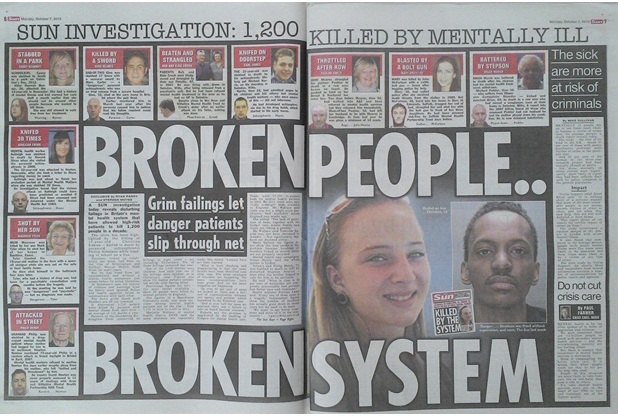 Tabloid reporting of mental illness and violence has historically focused on service users with SMI being perpetrators and not victims of crime.