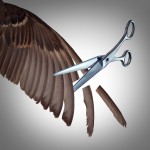 The 2007 Reform of the Mental Health Act (MHA) saw the introduction in England and Wales of Community Treatment Orders (CTOs). If a patient (the MHA always refers to people as patients) has been subject to detention under section 3 MHA a CTO can be used when they are discharged from hospital.

There is not the space here to explore the tortured history of the reform of the MHA. However, the call for the introduction of CTOs can be traced back to the failures of community care in the 1980s and 1990s. A recommendation that there should be some form of CTO was the conclusion of several inquiries – the most famous of which is the Ritchie Inquiry into the Care and Treatment of Christopher Clunis (Ritchie et al 1994).

The current legislation allows for the imposition of conditions when a patient is discharged. As this paper notes the most common conditions that are imposed are to take prescribed medication and remain in contact with community mental health team. The CTO allows for a recall to hospital if the patient does not comply with the conditions. It should be noted that there is no need for a formal MHA assessment in such circumstances. This period of detention could last up to 72 hours.

Supporters of CTOs argue that they are required so that there is a framework to prevent relapse, maintain stability and avoid the pattern of repeated admissions (I personally think that the term ‘revolving door’ patient is a discriminatory so do not use it). In addition, the argument put forward that the CTO is the ‘least restrictive’ option so complies with the wider principles of mental health legislation.

The introduction of CTOs was the source of much opposition from service-users and professional groups. It is perhaps indicative of the wider status of people with severe mental health problems that there was little, if any, political opposition. The CTO is clearly a major shift in the balance between individual and community rights. The only other group of people who face such legal restrictions are offenders. Libertarians were curiously quiet on this issue. The initial idea that the CTOs would be used in very limited cases appears to be have been inaccurate (Williams 2010). The current legislation allows for the imposition of conditions when a patient is discharged.

This important paper is an analysis of the perspectives of service-users, families and carers and psychiatrists involved in the use of CTOs. It is striking how little we hear from those involved in mental health services about the impact of policy and legislation. In all groups, there will be a range of views.

For this study, in-depth qualitative interviews about experiences and views of CTOs were conducted with a purposive sample of 26 patients, 25 psychiatrists and 24 family carers. Among ‘patients’ there was a general view that the CTOs restricted their freedom.

One striking note is the confusion that patients experienced around whether the conditions attached the CTOs. There was a general view that the CTOs restricted their freedom but one or two did see the CTO as a safeguard which would prevent further admissions to hospital.

The family and carer perspective was generally much more positive. In particular, it was felt that the CTO provided a legal authority which they could refer back to. It was also felt that the CTO meant that a hospital admission would be arranged more quickly. This would avoid the distressing scenario where families feel that they are waiting for their loved one to become so unwell that they will be readmitted.

There is clearly the possibility that a family’s concern for the individual’s health will create a tension. Families were disappointed that the CTOs focused essentially on compliance with medication and contact with mental health professionals. There seemed little that would address social isolation. A family member is quoted

He’s simply being held by a drug really. A drug he needs, but that isn’t all that he needs […] I’d like to see compliance strengthened by really good CMHT. Some people say well he has more freedom on a CTO because he takes the medication. But I don’t see that. I see that he doesn’t have more freedom because it doesn’t address the other issues

The psychiatrists’ perspectives raise interesting questions about the use of CTOs. Unsurprisingly, psychiatrists saw the power of recall as the key factor in the use of the legislation. The majority of those interviewed took the position that the Code of Practice meant that evidence was required that the patient’s mental health had deteriorated for the recall power to be invoked. There was also a feeling that the recall process was too cumbersome.

The study highlights that there are variations in the views and experiences of all three groups. All three groups focused on adherence to medication and its impact on re-admission to hospital as the key measure of effectiveness. It should be noted that CTOs are still a fairly new approach so more research is required. All three groups focused on adherence to medication and its impact on re-admission to hospital.

There is clearly an ethical and philosophical objection to the introduction of CTOs in that they restrict the liberties of individuals. In addition, it is important to consider the context, in which, they were introduced and operate. Professor Burns, one of the authors of this paper, has certainly changed his mind. He now argues that they were introduced as a response to public and media concerns and are not successful on their own terms – i.e. they do not reduce the number of admissions (Manning 2013).

I have argued elsewhere that mental health policy from the late 1980s was driven by failures in community care. The response to these failures was based on legislation rather than looking at the issues of funding and the real engagement of service-users and their families.   These issues remain need to be tackled along with the fundamental problems that face mental health services as they struggle to cope with the retrenchment in public services (Beresford 2013).

The stark reality is legislation such as CTOs cannot solve these issues. The vision of community care – properly funded community based mental health services – has never been realised. The danger is that the current crisis means that its ideals are lost creating a vacuum where the introduction of CTOs are seen as part of the answer rather than an indication of the state of crisis that has been reached.

Beresford P (2013) Mental health is in no fit state, whatever the politicians say The Conversation 15 July 2013

Ritchie J, Dick D & Lingham R (1994) The Report of the Inquiry into the Care and Treatment of Christopher Clunis London: HMSO