Home » Posts » Populations and settings » child and adolescent » Will the Family Nurse Partnership model work in the UK? 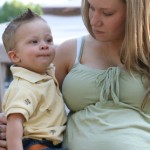 Family Nurse Partnership is a preventive programme for vulnerable first time young mothers. It offers intensive and structured home visiting, delivered by specially trained nurses, from early pregnancy until the child is two.

The Family Nurse Partnership began in England in 2007 with initial testing in 10 sites. There are now over 50 sites across England offering places to over 6,500 families with the Government committed to increasing the number of families in the programme at any one time to 13,000 by 2015.

The evidence-base for the programme (known as Nurse Family Partnership in the US) is relatively strong, with three large scale RCTs having tested the programme with diverse populations in different contexts starting in Elmira, New York in 1977, then in Memphis Tennessee in 1988 and in Denver, Colorado in 1994. The trials showed a range of benefits for children and mothers over the short, medium and long term.

The Department of Health have published an evidence summary leaflet, which summarises the research showing that the programme has worked well in the US.  It highlights the cost effectiveness of the programme and also refers to an RCT underway in the UK, which is due to report in 2013.