Home » Posts » Populations and settings » child and adolescent » The difference of a few weeks in the womb: do early-term infants have poorer developmental outcomes? 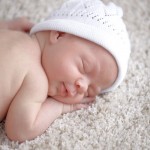 Human pregnancy is considered to be full-term when it lasts between 37-42 weeks. Anything shorter is considered to be a pre-term birth and anything longer is considered post-term. Longer pregnancies can be a risk to both the mother and infant and so labour tends to be induced if a pregnancy goes on past 42 weeks. On the other hand, it is well-documented that pre-term babies can have a variety of mental health problems (see previous Mental Elf blogs: refs 2-3).

However, considering all babies born between 37-42 weeks as a single group ignores the variability of developmental outcomes of these children. For example, a child born at 41 weeks is likely to be more physically and mentally developed and weigh substantially more than a child born at 37 weeks. In fact, there is some research suggesting that the short-term outcomes of children born between 37-39 weeks are worse than those born after 39 weeks, including a greater risk of not surviving infanthood. There has been less research exploring the longer-term developmental outcomes of such ‘early-term’ infants (37-39 weeks). The authors of a recent research article performed a systematic review to summarise what is known about this issue.

A number of electronic research databases were searched using a list of relevant keywords. Articles were selected for the review if:

11 studies (mostly large population-based cohort studies) met these criteria and were included in the review. Quality of the studies was assessed by 2 independent researchers.

The long-term developmental outcomes assessed by the various studies focused on:

When the same outcome was reported by more than one study, a meta-analysis was performed to determine whether there was an overall effect. Only 2 outcomes were assessed in a comparable way by more than one study. Using meta-analysis, the authors report that early-term infants have a higher risk of cerebral palsy and of mathematical difficulties.

Other outcomes were only assessed by a single study or not comparable across studies. Yet on the whole, they suggested that individuals who were born early-term (37-39 weeks) had generally somewhat poorer developmental outcomes than those with a gestational age of a few additional weeks. Although when additional factors were considered (such as maternal education or socioeconomic status), the effects reported by the individual studies decreased.

The authors concluded that amongst the group of infants born at full-term (that is, between 37-42 weeks of gestation), those born earlier appear to have an increased risk for poorer long-term academic and social outcomes.

The authors also note that it would seem that post-natal environment and family situation may help attenuate negative effects resulting from an early-term birth. Further work is needed to determine whether long-term follow-up and appropriate interventions for early-term infants will improve their outcomes.

Given these limitations, these results are preliminary and more research is needed to clarify more definitively the risk of poor long-term outcomes in early-term infants. It is also not yet clear what the mechanisms by which early-term birth might affect long-term development are. A preliminary review of the scientific literature suggests that the long-term academic and social outcomes of early-term infants (born at 37-39 weeks of gestation) are potentially poorer than those of children born a few weeks later. As such, these babies and their parents might require some additional care and support from healthcare and social agencies to help them reach their full developmental potential.