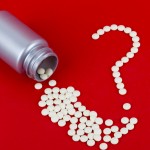 Major depressive disorder (MDD) is unfortunately a relatively common condition in children and adolescents.  Depression is estimated to affect 2% of pre-pubertal children and 5-8% of adolescents (Son et al, 2000). As you might expect, depression has a significant negative impact on the development, functioning and risk for suicide in individuals affected, as well as potentially making their lives thoroughly miserable. At this stage it is also important to realise that we are referring to clinical depression rather than the depression and “moodiness” that people may think of when they consider the usual dramas of adolescence; like when Tarquin from JL Direction Vamp’s hair isn’t quite right. Not that these emotions aren’t also important of course.

Antidepressant medication is often used to treat childhood depression. However, concerns about the possible risks of increased suicidal behaviour among children and adolescents treated with antidepressants has led to warnings being placed on some drugs. Individual antidepressants differ in their characteristics, including in their effects on the brain’s neurotransmitters. As such, it is possible that suicidal behaviour risk for individual medications may also differ.

This blog reviews two recent studies in this area: The cohort observed included children aged 6 to 18 years enrolled in Tennessee Medicaid between 1995 and 2006 (Medicaid is a social health care programme in the USA, for families with low income and resources).

The authors identified children and adolescents who had been newly prescribed the antidepressants fluoxetine, sertraline, paroxetine, citalopram, escitalopram or venlafaxine. The individuals identified had not been prescribed antidepressants during the prior 365 days and had no evidence of major mental illness other than major depressive disorder.

The presence of these end-points was identified from records for inpatient, emergency department and outpatient encounters as well as records from hospitalisation in medical and psychiatric facilities.

The relative-risks of suicide attempt for current use of antidepressants compared with fluoxetine were then calculated.

162,625 patients aged 10 to 64 years with a diagnosis of depression who were starting an SSRI were assigned to one of two dose categories:

Patient’s data were examined for evidence of deliberate self-harm (measured with ICD-9 codes). 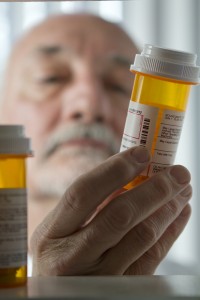 The U.S. Food and Drug Administration has twice issued black box warnings about antidepressant use in children, adolescents and young adults

In the year preceding the observation period:

Approximately 10% of the children included in the study had previously been hospitalised in a psychiatric facility and 2.9% had had a previous medically treated suicide attempt.

The authors suggest this corresponds to about one additional act of deliberate self-harm for every 150 patients treated with high-dose therapy.

The study did not find any significant problems with suicide risk in people taking the normal modal dose. The authors therefore concluded that in a cohort of 36, 842 children and adolescents, there was no difference for risk of suicide attempt among individual antidepressant medications compared with ﬂuoxetine.

They felt that the relatively large cohort, who were diverse in terms of social and demographic factors, made the study’s results more robust.  The authors also felt that the increased risk for suicide attempt in children prescribed multiple antidepressants was most likely an indication of increased risk due increasing severity of depression. It seems reasonable to assume that children being prescribed more antidepressants are likely to have more severe depression and be at greater risk for suicide.

The authors concluded that children and young adults shouldn’t be started at high doses of SSRIs and that patients starting SSRIs should be closely monitored. The records identify those who had filled prescriptions for antidepressants and not necessarily patients who are taking the medications. However previous studies have indicated that records for filled prescriptions have ≥90% association with patient medication use. However, it is likely that at least some of the children were not taking the antidepressants prescribed to them, or at least not taking them as prescribed, and that these numbers are impossible to determine from the data collected in this study.

The study only looks at risk compared between different antidepressants and does not identify the risk for suicide attempts of antidepressant users compared with non-users.

The study only investigated those registered through Medicaid i.e. with low income or resources. It is likely that low income or lack of economic resources impacts risk of suicide and any further research should include a wider cross-section of society for more valid results.

Propensity scoring is a method that has become increasingly popular in medical research and is now used in many observational studies. It aims to balance the characteristics of individuals receiving different treatments, but it’s no magic bullet. It has some advantages over randomised controlled trials as the population studied is by default more of a real-world sample, but unlike RCTs we cannot be certain that the propensity score method will account for both measured and unmeasured characteristics (such as the presentation of acute psychiatric illness).

Miller et al have carried out a solid piece of research and done what they can with the data at their disposal, but we can’t be certain that the observed increases in self-harm are solely a result of the high doses of antidepressants that people were taking. Another way of looking at it would be to say that high dose antidepressants are a marker of young people with severe mental health problems and thus it is the underlying health problem and not the drug therapy that is associated with an increased risk of self-harm. As you might expect, it’s not this straightforward. The Miller et al study looked at claims data for self-harm and for medication. As we’ve discussed, this isn’t necessarily evidence that the medication is being taken. Secondly, if a young person is being started on high dose or multiple antidepressants, it isn’t for fun. It’s more likely that that young person has more severe depression and is at higher risk for self-harm anyway. While this is of course of significant concern, it doesn’t necessarily follow that the medication is causing the severe symptoms and risk that were present in the first place.

Miller et al’s conclusion that young people shouldn’t be started on high dose antidepressants and that anyone starting antidepressants should be monitored is a good one, but isn’t necessarily news (see Geddes et al, 2009). Young people aren’t normally started on high dose antidepressants, which is why these doses are called “high”. Any physician prescribing these doses is likely to have a good reason and will no doubt monitor anyone they think is at sufficient risk to warrant such a dose carefully anyway. And should anyone everyone starting antidepressants be monitored carefully? Well yes, although monitored is perhaps a slightly harsh way of putting it. They are clearly experiencing mental distress severe enough to warrant medication and as such they should be kept an eye on for medical reasons and for human concern for their well-being. Because again, while this is research and for ease of analysis we refer to statistics and numbers rather than people, these are people and their distress is real and their suffering should be our concern. If you need them, The Samaritans’ contact details can be found here. They help people with suicidal thoughts and intentions everyday. You don’t have to suffer alone.