Home » Posts » Populations and settings » child and adolescent » Kinship care may be a viable out-of-home placement option for maltreated children, but more research is needed 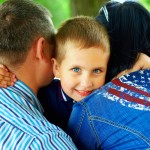 Child abuse and neglect are common problems all over the world, and the number of children removed from their homes has risen in most countries in recent years. Usually, child welfare agencies are in charge of placing these children with foster carers or in residential care, however, children in out-of-home placements typically have more educational, behavioural, physical and psychological problems than their peers.

It has been argued that children might have better outcomes if placed in kinship care, that means, placed with other family members or friends of the family, as opposed to the traditional model of foster care, where children are placed with foster carers recruited from the community who didn’t know them beforehand. In recent years, many countries have introduced policies that support kinship care as placement of first choice for children whose parents cannot look after them. However, as kinship care is a fairly new concept, many aspects surrounding it are controversially debated, such as licensing and certification, oversight of kinship caregivers by welfare agencies, and appropriate levels of support for kinship caregivers.

A recent Cochrane review (Winokur et al, 2014) looks at the effects of kinship care vs. traditional foster care for the safety, permanency and well-being of children removed from the home for maltreatment. The authors wanted to find out if the available research can tell us which kind of out-of-home placement leads to better outcomes for neglected and abused children. It is an update of a review published in 2009. The authors made every effort to include important and relevant studies. Apart from extensive database searches, they also hand searched relevant social work journals, followed up reference lists and contacted authors. They included 102 studies with a total of 666,615 children. The types of outcome measures specified were: behavioural development, mental health, placement stability, permanency (reunification with birth parent, adoption, or guardianship), educational attainment, family relations, service utilisation, and re-abuse. Most studies were conducted in the US.

The authors also made extensive efforts to assess the quality of the included studies and the risk of bias. However, they found that a lot of studies had unclear risk of bias in one or more of the five areas (selection, performance, detection, reporting, attrition). Only 71 out of the 102 included studies could be included in the quantitative meta-analysis, as the others didn’t have sufficient quantitative data on the relevant outcome measures.

The results seem to suggest that children in kinship care have better outcomes for:

No differences were found for:

The update added 40 studies to the existing review, but they didn’t change the results of the previous review significantly, so the authors consider the findings robust.

The main problem with this review is that quantitative evidence on kinship care is lacking and that the quality of studies included is poor, even though they already represent the best available evidence. This is a flaw in the research which the review cannot mend. This review suggests that children in kinship foster care may do better than those in traditional foster care, in terms of their behavioural development, mental health functioning, and placement stability

Given aforementioned problems with interpreting the quantitative data, I also wonder if quantitative evidence can really tell the full story for complex societal issues such as this, with a lot of variables that don’t seem easily quantifiable. The fact that so many of the included studies are considered to be of poor methodological quality is perhaps an indicator that the methodology used itself may not be the best to research this area. Perhaps mixed-methods or qualitative inquiries would help clarify a lot of the questions that are left unanswered by this review.