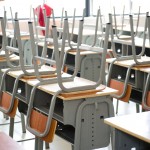 Stigma can be described as a sign of disgrace setting a person apart from others. Erving Goffman, defined stigma as “the process by which the actions of others spoils normal identity.”

For those with mental illness the stigma experienced can result in a lack of funding for services, difficulty gaining employment, a mortgage or holiday insurance. Ultimately feelings of shame cause people to delay seeking help or even deny the existence of their symptoms. Stigma surrounding mental illness has been identified as the primary barrier to providing mental health care and the delivery of treatment (Sartorius, 2002). Reduction of said stigma would thus seem to be a good idea.

However this is easier said than done. Attitudes and beliefs are notoriously difficult to change. Children and adolescents have been identified as a promising target group for stigma-reduction interventions as it is during this developmental period, attitudes are consolidated and entrenched. Children are consistently exposed to negative portrayals of people with mental illness, particularly through the media.  One study found that out of a sample of one week of children’s television:

Any anti-stigma intervention would have to combat these prevalent portrayals.

The authors of the current study, published in the International Journal of Social Psychiatry aimed to explore the attitudes and beliefs adolescents held about people with schizophrenia and whether an anti-stigma intervention could be effective in altering them.

A total of 616 secondary school students from 11 public schools in Athens, Greece took part in this randomised control trial. Schools were recruited from a list of schools with health education programmes provided by the Ministry of Education. The Schools were identified as being situated in areas of diverse socioeconomic background.

Two professionals (a psychiatrist and a psychologist) delivered a baseline attitudes questionnaire, assuring students their responses were confidential.  After this the anti-stigma intervention group received a two-hour anti-stigma workshop while the control group received a talk about nutrition and healthy living. Further attitudes questionnaires were completed immediately following the talks and again 12 months later. The educational intervention was found to have a positive impact

The control and the intervention group did not show any significant difference in basic demographic variables (p>0.05).

The control and intervention groups did not show any significant difference in their responses to the baseline attitudes questionnaire, often displaying stigmatising attitudes towards people with schizophrenia that might be considered common e.g. 50.5% believed they were always or often a public nuisance.

Upon completion of the intervention the anti-stigma intervention group showed a significant “improvement” in beliefs and attitudes about people with schizophrenia in all but one item (“Can be treated successfully without drugs using psychotherapy”) i.e. their belief and attitude scores were significantly different from their previous scores consistent with negative stereotypes.

In the long-term, the follow-up scores from 12 months after the intervention showed significant difference from the baseline beliefs and attitudes scores away from negative stereotypes.  This effect was not as pronounced as that immediately following the intervention.

For the control group there was no significant difference between pre-control talk and short or long term post-control talk beliefs and attitudes (p>0.05).

The educational intervention was found to have a positive impact as indicated by an improvement in attitudes and a remarkable decrease in the frequency of stereotypical beliefs and in the degree of desired social distance.

The authors go on to recommend that with the aim of reducing psychiatric stigma, the anti-stigma intervention, expanded to include interaction with individuals with a mental illness, should be part of a health promotion programme included as an integral part of the high school curriculum during the students’ developmental period of stereotype formation and consolidation.

This RCT included a good number of participants with relatively few lost to follow-up. However no information was provided as to the randomisation techniques used for control or intervention selection. Additionally the population samples were restricted to schools in an urban environment and those with a health promotion programme in Greece. A more diverse population of differing nationalities may react differently. More evidence of a useful anti-stigma effect may be needed before teachers implement this programme in an already crowded curriculum. Anti-stigma effect was only demonstrated towards schizophrenia which is obviously not the only mental illness with stigma attached.

Ultimately given the identified importance and prevalence of anti-psychiatric stigma this study supports that a programme tackling such stigma in schools would be an effective one, although the when and how may still be up for debate.