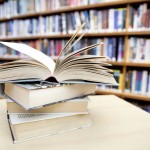 Two recent evidence updates from NHS evidence have been published.  These updates  higlight new evidence related to these topic areas and provide a commentary on this new evidence.

NHS Evidence are looking for feedback on thier evidence updates  and you can send your comments through contactus@evidence.nhs.uk